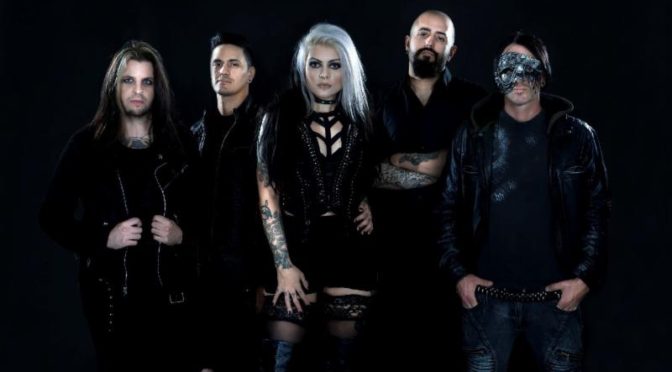 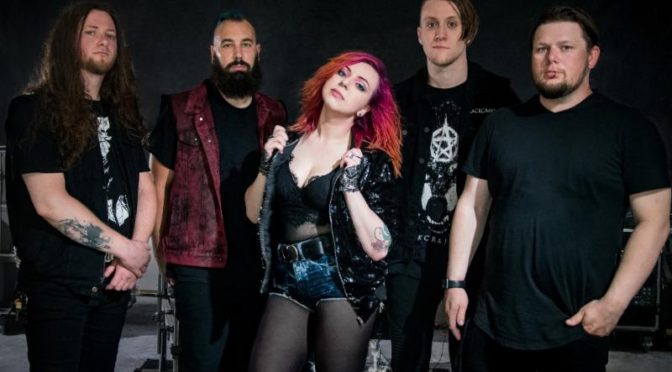 Pre-Order Choose Your Own Adventure Here

A Light Divided features the breathtaking, powerhouse pipes of frontwoman Jaycee Clark, plus instrumentation from drummer Adam Smith, bassist Mike Underwood and guitarists Doug Weichbrodt and Colt Crevar. As proven by their work ethic and determination to succeed coupled with their high-intensity live show, A Light Divided have amassed a growing underground army of dedicated fans. Their unique blend of rock and metal with pop sensibility has landed them opportunities to perform on the Vans Warped Tour and with national acts such as In This Moment, Red Jumpsuit Apparatus and Crowbar.

Get your very first taste of Choose Your Own Adventure with the hooky, high-energy new single and electrifying music video for “Fear of Heights”, directed and filmed by Justin Reich of Antimatter Studios. The video was originally premiered by Alternative Press and can be viewed via the AltPress Facebook page or via YouTube.

“As someone who constantly battles with anxiety and self-image concerns, “Fear of Heights” deals with being afraid to get out of your own way when it comes to relationships,” says vocalist Jaycee Clark. “It’s scary being vulnerable enough to let someone into your inner crazy because what if they don’t like what they find? But for the right person, you realize you have to open up and face those fears or you risk losing everything.”

As made evident on “Fear of Heights”, A Light Divided‘s undeniable songwriting prowess is accented by Choose Your Own Adventure‘s lyrical content. The band explores personal, relevant topics – ranging from relationships to mental health – inspired by their own lives and losses. At the age that important decisions they make now could impact the development of the rest of their lives, all five members of A Light Divided put their own experiences to paper on Choose Your Own Adventure, creating a relatable experience for listeners.

“We underwent a lot of major changes since our last record so, it was really important for Choose Your Own Adventure to reflect all of that growth,” says Jaycee. “We constantly pushed ourselves to step further and further outside our comfort zone and ultimately created a record I couldn’t be more proud of. Lyrically, Choose Your Own Adventure deals with topics like frustration, mental health, loss, betrayal, relationships, hope and continuing to fight for what you love despite those challenges. I think everyone has had those experiences at some point and I hope these songs can help someone to see the light in those dark times.”

New Noise Magazine called the band’s last album, Mirrors, “…one of the most dynamic, diverse and important genre-blended alternative rock albums of the year,” but A Light Divided take the potency to a whole new level on Choose Your Own Adventure.

Choose Your Own Adventure track listing: 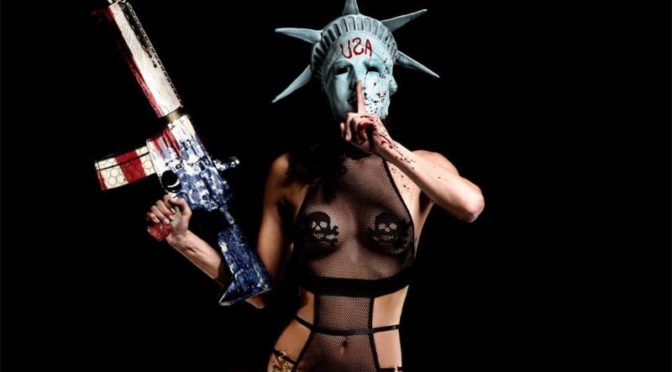 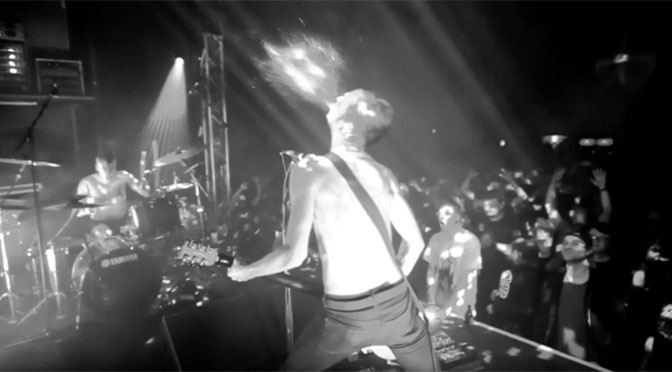 Monstrous black/doom/punk chimera MANTAR have released the official video for another brand new song off of the band’s new album, The Modern Art Of Setting Ablaze

In case you missed it, watch the intense new music video for the track “Age of the Absurd” here. New Album, The Modern Art Of Setting Ablaze, out August 24, 2018 via Nuclear Blast

Hailing from Northern Germany, MANTAR have achieved more in five years than most bands twice their age and size. The product of a twenty-year friendship between guitarist/vocalist Hanno Klaenhardt and drummer Erinc Sakarya, theirs is a success story born entirely of one thing: hard work, with three albums, an EP and a live release already to their name. Releasing their 2014 Svart Records debut Death By Burning, an uncompromising clash of stripped-back punk attitude and metal intensity to instant critical acclaim, the band toured relentlessly, gracing stages the world over, including the hallowed likes of Roadburn (NL), Wacken Open Air (D) and Maryland Deathfest (US). They used 2016’s Ode To The Flame, their Nuclear Blast Records debut, to further build upon their incendiary live reputation, conquering not only Europe and the US, but Russia, Japan and South Africa.
The Modern Art Of Setting Ablaze is a title in-keeping with MANTAR‘s symbolic obsession with fire on albums previous; this time disavowing mankind’s tendency to blindly follow those that would lead us into oblivion. This isn’t necessarily a political statement; more a morbid fascination with current smoldering tensions that threaten to set the minds of the masses on fire.
MANTAR recently announced the first leg of their European tour for November/December 2018 – see below for all dates:

MANTAR is currently on the road, playing select club shows as well as Europe’s biggest festivals. See dates below:

Stay tuned for more information coming soon regarding the release of The Modern Art Of Setting Ablaze. 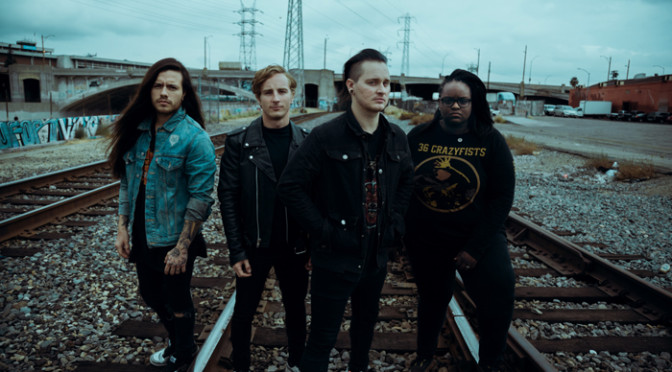