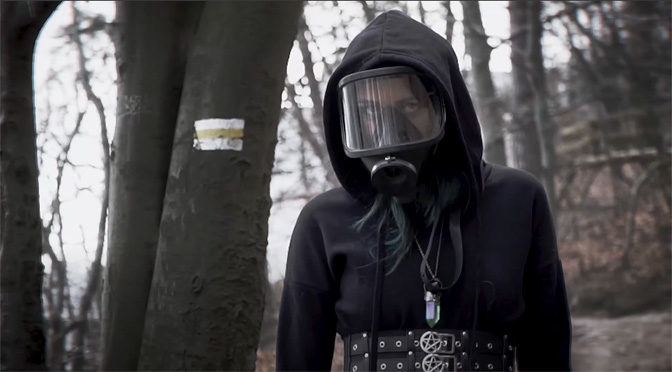 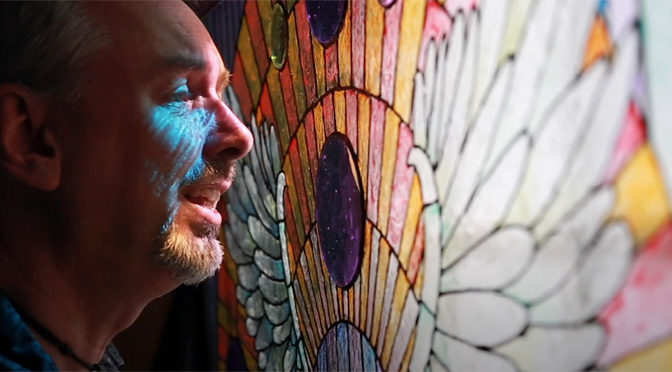 PHOENIX — Singer-songwriter Mark Greenwalt took the opportunity to make a music video during the government mandated stay-at-home policy. With a crew of one, he propped his prosumer camera on a tripod to film himself at the piano and behind a guitar playing his original song, “Don’t Cry Angel.” The video was released on his YouTube channel on April 4th, Greenawalt’s 53rd birthday.

The Making of the Video

He co-wrote the song with songwriter Angel Pizzaro in 2011. Pizarro presented the heart-felt lyrics about a personal friend of his who had tragically passed away. The songwriting team crafted the story to discuss the relationship between a new angel and the grieving friends and family they have left behind. “It seemed to have a message,” he said, “for people to relate to who are suffering from losses during our current pandemic.”

The chords and melody of the song were developed while Pizarro sat with Greenawalt at his piano nearly ten years ago. The opportunity to record the song came from a mutually beneficial relationship with the Conservatory of Recording Arts and Sciences (CRAS) in Phoenix, who needs bands and musicians to help their students learn the ropes of professional recording techniques. The core players in the session were Pizarro on drums, Webb Pickersgill on bass, and Greenawalt on keyboards, guitars, and vocals. Student engineer, Daniel Armijo, later stated that he ended up getting a grade of 97 on the project and a song was born.

While in the studio, Greenawalt had shot some video of Pizarro playing drums. “It wasn’t the greatest of quality,” he said, “but it seemed to be a good way to get started on the music video.” There wasn’t any usable footage of Greenawalt and Pickersgill from the studio, and at this point Pickersgill had moved to Colorado to be a game director with Deck Nine (Life Is Strange). Pickersgill, however, was very interested when asked if he would be willing to film himself playing the song. “I’ll bring my bass to work”, he said, “and just ‘Milli-Vanilli’ a few takes on video for you.”

When it was time for Greenawalt to perform his sequences, he envisioned singing in front of a stained glass window. At a loss for where to find one that he could record in front of, he went to YouTube to find a DIY way to make his own. After a trip to the hobby shop to get glass paint and faux leading, he created a mosaic image of angel wings with sun rays reminiscent of the Arizona state flag.

Another project behind the scenes was getting the overhead shots of the piano. For this, Greenawalt build an iPhone carrier and hung it from fishing string over a raised backdrop stand. The raising and lowering was accomplished by reeling the string around a rotating electric drill bit. “It seemed to be a good idea,” said Greenawalt, “but most of the footage was shaky and unusable. It was worth a try and a few clips actually made it into the video.”

“I wanted to include an aerialist in the video who would be spinning up high in hoop,” he said, “And I envisioned filming them over water and wearing angel wings. With the quarantine if full swing, it didn’t seem like I was going to have the opportunity to get that footage.” The eureka moment came when he found a video on a friend’s page on Facebook that was as beautiful as he had envisioned. I wasn’t over water and aerialist Dakoa O’Kane wasn’t wearing angel wings, but the imagery was stunning. He reached out to videographer Glen Goldblatt for permission to use the footage was thrilled when it was granted. This footage ended up being the bookends of the fade in and fade out of the video.

Greenawalt had a guest vocalist come to his home studio to record some harmony vocals on the song after the initial recordings at CRAS. She also “sang” some angelic whispers saying, “Goodbye, I’ll be waiting for you.” This was such a feature in the song that it seemed important to have it performed in the video. Keeping social distancing to a minimum, Greenawalt reached out to his daughter-in-law Savannah Greenawalt to play the part of the angel in the video. There were just a few short takes of her behind the stained glass and some extreme closeups of her singing the harmonies and it was a wrap for Savannah on the home “set.”

The rest of the shots were self performed and filmed by Greenawalt in his living room including a “martini shot” of him playing a “keytar” in the recently renovated tile bathroom. He culled on his knowledge from his day job as a lighting designer to successfully illuminate the sets and his brief education from film classes at The Film School at Scottsdale Community College for the editing process.

The video was completed in time for a premiere on the evening of his 53rd birthday where friends and family joined in on the chat to speak with songwriters Greenawalt and Pizarro. 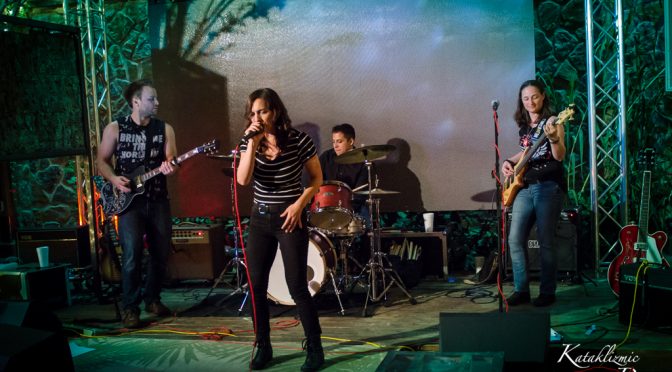