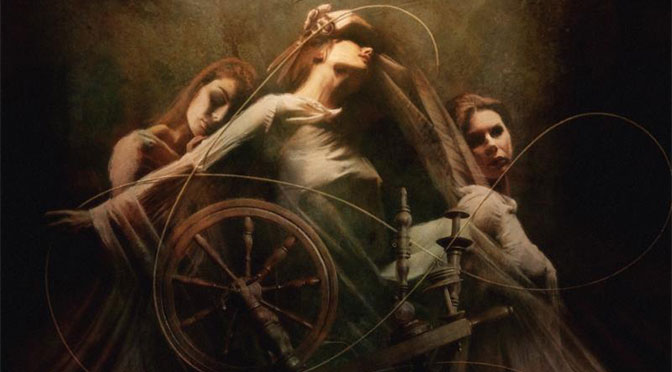 In celebration of today’s release, Etherius have revealed a brand new music video for their barnburner track, “March and Defy”, filmed/directed/edited by Michael J Adams of Blackline Studios and recorded at High Tor State Park, NY.

Guitarist Jay Tarantino says about the track and video: “‘March and Defy’ was the last track that was finished for this EP. When I brought the song to the guys we agreed that it felt incomplete. We worked out a new section for after the intro and made some changes to the arrangement and it really came together. It features some of my most challenging lead work and I love the way the main hook came out.”

The new video for “March and Defy” introduces new guitarist Jon Perkins, stepping in for former guitarist John Kiernan. Perkins originally hails from São Paulo, Brazil, and brings a strong a jazz guitar and classical composition background into the fold, accelerated by his studies at both UMiami’s Frost School of Music and Columbia University. He came in contact with the members of Etherius after performing with drummer Zaki Ali in guitarist Gus Sinaro’s backing band.

Perkins says, “It’s been exciting getting to know the members of Etherius and getting a sense of how they interpret musical ideas in a performance setting. I’ve come to see a strong sense of musical discipline and a shared sense of focus, determination and all around professionalism in everyone. I am greatly looking forward for the album release and what lies ahead for Etherius.”

Jay Tarantino adds, “We’re excited to have Jon come into the band. We’ve had the chance to get to know him after he filled in on guitar for us a few months ago for a gig at the last minute. I was impressed with how quickly he picked up the material, because it is not easy music to play. His jazz background makes him a versatile player and his attitude and work ethic fit right in with the chemistry that’s been created between Zaki, Chris, and myself.”

While online, check out the latest Etherius behind the scenes videos detailing the making of Thread of Life, exclusively hosted by Gear Gods. Catch parts one and two here, detailing drums and bass, respectively, and stay tuned for part three detailing the recording of guitars: Part One, Drums  |  Part Two, Bass

Drum playthrough for “The Inevitable End”

Guitar playthrough for “Thread of Life”

Bass playthrough for “Thread of Life”

Etherius was formed by guitarist Jay Tarantino in 2017. After gaining experience as a touring rhythm guitarist for guitar virtuoso Angel Vivaldi, Tarantino decided to branch out on his own with the goal of making music unlike the djent/electronic stylings of the current instrumental guitar scene. The result is Etherius – a fresh new take on progressive metal/neoclassical shred incorporating classic thrash elements. Etherius features lead guitarist Jay Tarantino, drummer Zaki Ali, bassist Chris Targia and second guitarist Jon Perkins.

The concept of Thread of Life and the album’s artwork were inspired by ancient Greek mythology, specifically TheMoirai (moy-ray), or “three fates”. Thread of Life was produced and engineered by Jay Tarantino and Zaki Ali with Angel Vivaldi acting as co-producer, was recorded at Backroom Studios in Rockaway, New Jersey (owned by Dillinger Escape Planguitarist Kevin Antreassin), and was mixed/mastered by Mutiny Within vocalist Chris Clancy at Audioworks Productions. Additional tracking was completed with Angel Vivaldi at his home studio.

With one listen to Thread of Life it’s clear that combined, the four extremely talented musicians of Etherius produce a clean, awe-inspiring sound merging powerful progressive elements that will appeal to not only the most discerning and critical metal fans, but to the heavy music-loving masses as well.