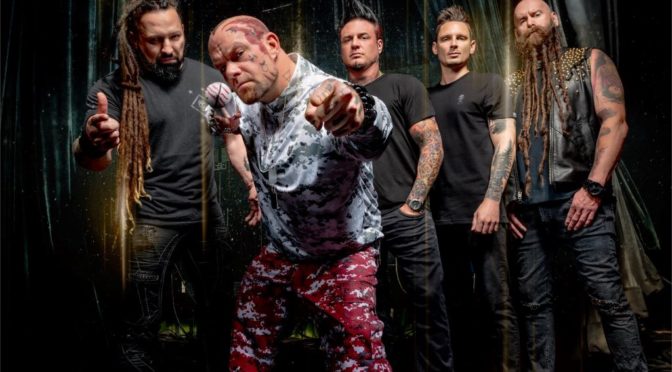 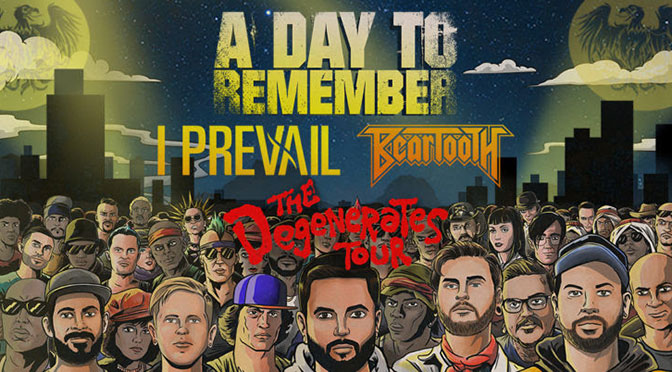 Today A Day To Remember announced The Degenerates Tour for Fall 2019. Special guests I Prevail and Beartooth will join on most dates.  A Day To Remember were recently featured on Marshmello’s single “Rescue Me,” making their first new music since 2016’s acclaimed Bad Vibrations.  Watch and listen HERE:

Later this month, A Day To Remember will embark on a run of UK and European festival dates, including headline performances at Reading and Leeds Festivals.

Produced by Live Nation, the 30-city trek will kick off September 6th in Buffalo, NY before settling in for the first ever Self Help Festival Massachusetts on September 7th in Worcester, MA.  The band will then head west for the return of Self Help Festival San Bernardino on October 12th in San Bernardino, CA.  After the two massive Self Help Festivals as well as other September festival appearances, the tour will fully gear up and make stops in Denver, Houston, Chicago, Cleveland, Nashville and more before wrapping November 23rd in Fayetteville, NC. Tickets go on sale to the general public beginning Friday, August 9th at 10am local time HERE.

Over the course of the past several years, each of A Day To Remember’s releases have hit No. 1 on Billboard’s Rock, Indie and/or Alternative Charts, they’ve sold more than a million units, racked up over 400 million Spotify streams and 500 million YouTube views, garnered two gold-selling albums and singles (and one silver album in the UK) and sold out entire continental tours, amassing a global fanbase whose members number in the millions. All of which explains why Rolling Stone called them “An Artist You Need To Know.”

*not a Live Nation date
% without I Prevail and Beartooth

A Day To Remember Online: