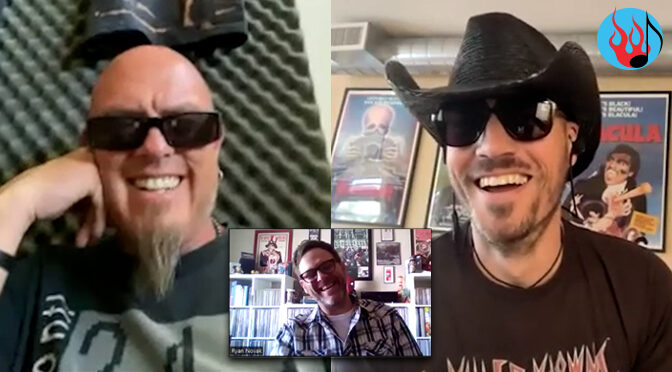 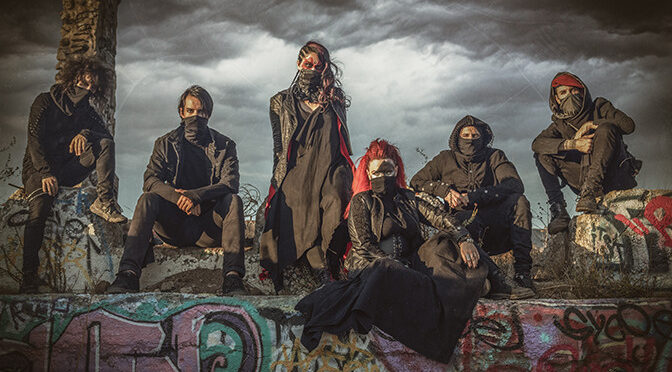 PHOENIX – Every once in a blue moon an amazing soul comes along who is a true connector in a community. Jonah Foree (Ikonoklast, Goth Brooks, HARDWIRE) was not only a multi-talented artist but also had the kind of heart that brought people together.

Foree approached Natasha “Tash” Cox from AL1CE and Mankind is Obsolete with lyrics that he imagined her voice on in the year AL1CE was formed, 2011.

Foree was admitted to the hospital on November 5, 2021, and sent home at the end of January 2022 when another surge of COVID-19 hit the hospitals. On February 17, he passed away surrounded by loved ones.

In honor of Foree, AL1CE put together the music and a lyric video that feature pictures taken by talented AZ photographers who capture special moments that exemplify Foree’s beautiful spirit.

The proceeds for the digital sales of the song will be donated to the Foree family to help them with their loss:
Buy the Song Here

“Drown” will be performed at the Jonahcolypse show at the celebration of the life of Jonah Foree and benefit for his family at Nile Theater tomorrow, March 26th.

There will be a raffle that will go towards helping out Jonah’s family as well through this terrible time.

Here is a message from Tash that goes into detail about how this song came about:

“When I found out about Jonah’s passing, I went through every message we had exchanged, remembering this amazing person I was so lucky to call a friend and someone I admired and respected deeply. One of the things we bonded over was our shared love of words as lyricists. Jonah was a true poet through and through with a beautiful heart to match. In the year that AL1CE formed, he sent me lyrics that he heard my voice on.

I think one of the mysteries of art is that sometimes an artist can tap into a message that transcends time. Somehow his words feel like he was speaking directly to us now. In the weeks that have followed since Jonah passed, I am reminded of the gift that music is and how healing it can be.

Jonah left us a gift to help us process his passing, and while it was really emotionally hard to sing it for the recording, I’m also so grateful to have had this song to create. AL1CE made the music around Jonah’s beautiful words in honor of our dear friend that we’ll be performing at his memorial show this Saturday. The proceeds of the song will go to his family with all our love.” 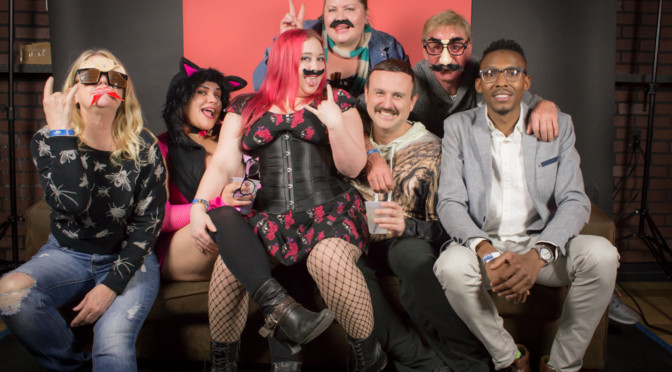 Scottsdale, AZ – For 9 out of 10 years strong, a very special show has been held annually at Pub Rock – a venue formerly named Chasers Bar. A staple in the Industrial/Gothic community, Mustache Massacre is an event that brings together both new and well-known faces alike, for a night that reminds us not to take ourselves too seriously. It’s a free concert with one caveat… you’re only getting in free if you have a mustache.

“Grow it, glue it, draw it, clip it, tape it, make it…So, trim your sister’s armpit hair, shave a dead muskrat, or steal the president’s toupee. ‘Cuz we don’t care where you get the hair, as long as it’s there!…CAN YOUR FACE HANDLE IT?!!!”

The 10th Annual Mustache Massacre (& Wa’s 40th Birthday Bash) featured entertainment by Ikonoklast, 80*D, Goth Brooks, Camel Enamel, Family Secret, and DJs //SHE// & Zander. With these 5 bands bringing industrial, goth, punk, metal, and even a little bit country, 2 DJs, a crowd of characters that weren’t afraid to dance and mosh, a photo booth run by Burning Hot Events, and even a mustache contest, it made for a long, hard, and nutty night.

“Get yo’ bad-ass mo’-fro’ pho-togged to show your grand kids what a freakin’ weirdo you were!”

Check out all of the shots from the photo booth HERE! 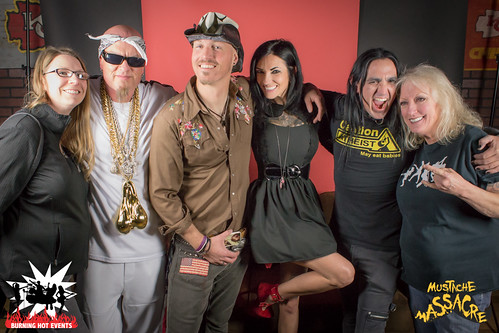 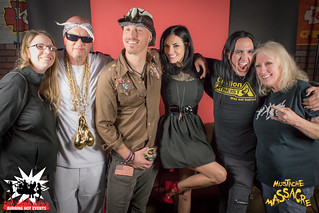 The mustache contest was after Goth Brooks’ set. Participants stood on stage, and the winner was chosen by an audience vote.