PHOENIX — With two stages to alternate between, Joe’s Grotto music venue has always been a favorite local spot for deliciously gritty punk & metal shows, and unusual performances. This made it an obvious venue of choice for a “sexy fetish party” like SINister  – calling out for Phoenix fans to rock out as their wildest, freaky selves. Amongst murky shadows of dimly lit stages and strobing rainbow LEDs, a true sense of community could be felt as this unique local scene came together to support a myriad of eye-catching, emerging artists.

Lucky for you, Burning Hot Events was on the scene to capture fans and performers alike. Our photo booth was hosted by our event photographer London Snow, who donned her very best sexy maid outfit — complete with a matching wig and frosty makeup perfection. 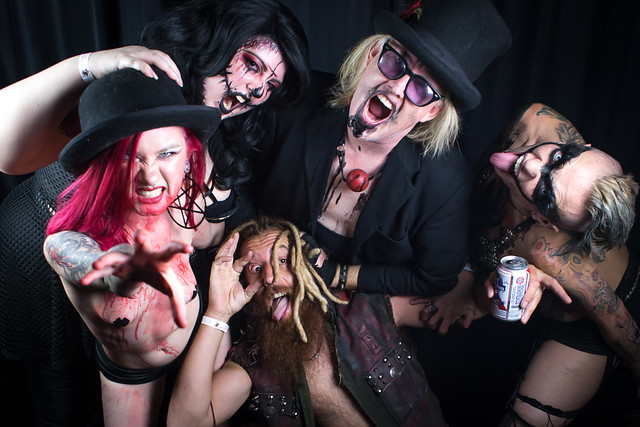 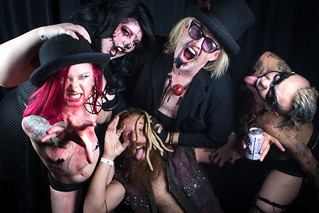 Organized as a birthday celebration for Ikonoklast vocalist, Jonah Foree, the night boasted a hard-hitting lineup including musical acts on the main stage like Scar Eater, Amensic, S.L.U.T. (Satanic League of Underground Techno), and of course Ikonoklast. Agents of LUST heated things up during the sets of both S.L.U.T. and Ikonoklast, sending arches of electrified metal sparks onto the dancers and into the crowd below.