PHOENIX — It was a hot and humid evening on August 12th as the lines of cars slowly filled the parking lot of Ak-Chin Pavilion in Phoenix. Incubus was headlining the night’s show with special guests Jimmy Eat World.

LP, released earlier this year on St. Patrick’s day. The Nashville-based band brought their own unique brand of genre-bending grooves to the valley before heading to Los Angeles for a show at the Hollywood Bowl on August 14th. Frontman Judah Akers is high energy, even running through the audience at one point and doling out high fives to the amused delight of concertgoers. This band definitely did their job setting the mood for the rest of the evening.

Cannot wait to play for our hometown tonight!! We’ll be onstage at 7:40! Let’s do this Phoenix! 🔥 #integrityblues #8tour 📸: @musicexistence

At approximately 7:42 PM, Jimmy Eat World took the stage to an uproar of applause as the lights lit up a sea of faces throughout the Pavilion with “Sure and Certain” as their opening song, followed by the title track of their 2001 album Bleed American

. As the sun disappeared over the horizon, the purple clouds in the distance began to take a darker hue, with quick flashes of lightning bursts illuminating sky. This would foreshadow what would come later in the evening.

For the time being, everyone was worry-free and soaking up the nostalgia of seeing this amazing band again. It was even more special for the folks in attendance because Jimmy Eat World are one of the few mainstream bands from Arizona. Formed in Mesa back in 1993, the band has been a source of inspiration for many Arizona musicians for nearly two and a half decades. There are most likely a lot of people in the audience that saw them live in one of the famed and now closed Arizona music venues from the 90’s heyday before the band made it big. So many couples are singing along and embracing with the lyrics, “Sure and certain, wander ‘til we’re old”.

Lead vocalist and guitarist Jim Adkins eventually addresses the audience admitting “We’ve actually never played here before,” later adding, “It means a lot for us to be here playing music for you tonight”.

This was surprising news to many because the venue has been a staple for live music for the last 27 years. How could they not have played the pavilion before? When it had originally opened to the public in 1990 it was the Desert Sky Pavilion. In 1996 the name was changed to the Blockbuster Desert Sky Pavilion until 2001 when it was renamed the Cricket Pavilion, which it remained… Until it was again rebranded as the Cricket Wireless Pavilion. In 2010 it was renamed yet again as Ashley Furniture HomeStore Pavilion for 3 years until things came full circle and it once again retained the name Desert Sky Pavilion. That was short lived as the Ak-Chin Indian Community purchased the naming rights later that year and it has remained Ak-Chin Pavilion ever since.

There was a chilling performance of “Pass the Baby”, and the people swayed like blades of grass in a summer’s wind, back and forth to the beat. An entire field of people moving their bodies and mouths to the lyrics, reflecting the light off of their faces, brought to mind the sharpness of the lyrics as the wind stirred palms in the distance beneath a tapestry of ever-changing clouds growing more and more menacing. A little later. the mood lightens and the versatility of the evening begins to betray the current mood with an about-face.

“I’m gonna need a lot of help with this one. Get those lights out!”

As fans activated their cell phone flashlights, the entire of the pavilion transformed into a sea of dotted illumination reminiscent of stars dancing in the night sky. “Hear You Me” trickled out of the sound system for a beautiful performance that many there will not soon forget.

So good to be home! Phoenix, what can we say? You were a beautiful crowd. Thank you for lighting up the night. 🕯#integrityblues #8tour 🎥: @jamesadamsenergypt

His Fender Telecaster began to sing the beginning riff of “Sweetness”, and it was evident how many people were immediately transported to another place in time. They’re bobbing their heads stuffing laundry into dryclean safe bags at Delia’s cleaners. They’re skating to station 13 at Sonic Drive-Thru. A girl is scanning Eddie Bauer jackets at Target overnight for inventory while mouthing the words. The guy at the front counter is stocking parts at Autozone. The aforementioned couple is at prom again. A few of them are crying. This was a time when they were happiest. Back when mom and dad were still alive and all they had to worry about was homework. They’re all conscious that the year is 2017… But they’re all in another time. Some are in 2001. Some 2003. Some in 2005.

What’s refreshing is that there were also teenagers in the audience, all that same age as the older crowd when these beloved songs were released. This music has somehow transcended time as these few but long years have passed.

“The Middle” ended Jimmy’s set. Once again, the mood was notched up to a positive crescendo.

Still coming down from last night. We can’t say thank you enough to our hometown fans for being the best crowd of the tour hands down. We’re proud of our home and it’s an honor to have been able to play music for you all these years. We couldn’t have done any of it without you. We love you guys. ❤️ #phoenix #mesa #arizona #8tour #integrityblues 📸: @_kyledehn

Incubus hit the stage after a lengthy intermission and wasted no time getting started. Amongst rolling thunder, Brandon Boyd asked, “So how you guys doin’?!”

The audience is echoing a cacophony of applause as Incubus opens with “Quicksand”, executing masterful precision. That would end up being a theme for the evening between the three bands. With the exception of Judah And The Lion, Jimmy Eat World and Incubus are veterans in their own right. This is one of thousands of shows these bands have played and their abilities haven’t diminished in the slightest after twenty plus years of touring year in and year out. Each and every song sounds studio- quality, with the perfect charm of the inequitous distribution of sound in a live setting. Everything sounds fresh, which is a true indication of each band’s maturity, and an excellent high water mark to distinguish their respective careers.

When the beginning of “I Wish You Were Here” began, people got quiet. It seemed like everyone within a mile radius is singing along loudly to the lyrics. Once again, the phones were out and that same illusion of stars dancing across the seats was visible, to the delight of observers. As they wrapped this song up, they closed it out with the intro Pink Floyd’s “Wish You Were Here”, to the same lyrical zealousness of the few who knew the lyrics.

The clouds got closer and were nearly directly overhead when Incubus began “Stellar”, which elicited audible reactions of delight. Brandon Boyd is flawless in his recitation. At 41 years of age, he’s still very much an attractive man as well as a fantastic vocalist, but now with the age and wisdom of a distinguished older gentleman. Co-founder Mike Einzeiger is still ever the lead guitar slinger, hitting every melodic scale and harmonic with deft accuracy. The original drummer Jose Pasillas nailed the beats with the impeccable timing of a metronome. It would be criminal to discount the beautiful bounce of Ben Kenney’s bass, and the power of DJ Kilmore’s scratch. On this night they were in rare form as a unit and in tight unison. By the time they played “Drive”, there was a definite shift in the atmosphere.

The wind was now slightly oppressive and cups are blowing across the isles. The good vibes were still there but the weather really began to become more pronounced. The sprinkling began with “Pantomime”, to the dismay of the audience, and just as the band was finishing up “Sick Sad Little World” it began to pour significantly. It actually came in sideways toward the stage. As the song concluded, Boyd remarked nervously “We’ll be right back guys, I promise… We’ll be back”, as they exited view. Moments later a promoter or employee with the pavilion appears and explains that they’ll do everything they can while staff cover the electrical equipment from the elements. “We’re here for your safety.”

Giant thunderbolt and lightning (very very frightening). The crowd went wild and cheered with the revelry of a rebel yell. Masses poured out of the grass and into the stands for cover. Many beneath the ramada begin sprinting for the gates. By all appearances it looked as though this show was over. The parking lot was in shambles. Cars were scrambling toward the exit. The stack turning left at 83rd ave and Monte Vista began to congest as the downpour continued onto the policemen stopping traffic in opposite ways to assist those fleeing the venue.

…But Boyd kept good on his promise.

When the rainfall began to calm, Incubus DID come back with “Nice To Know You” and finished the show with “Warning” to close out the evening for good. Any other band could have ended the concert right then and there when conditions became dangerous and half the audience left. They must have done it just for those few fans that stayed. It was truly a rare sign of integrity to match the humbleness of Jimmy Eat World; both bands being the measure of ethics and class to the very fullest. It was a remarkable show; one that can be easily recounted for years to come for anyone who was fortunate enough to be there. Like a Strawberry Cheesecake Shake from Sonic. 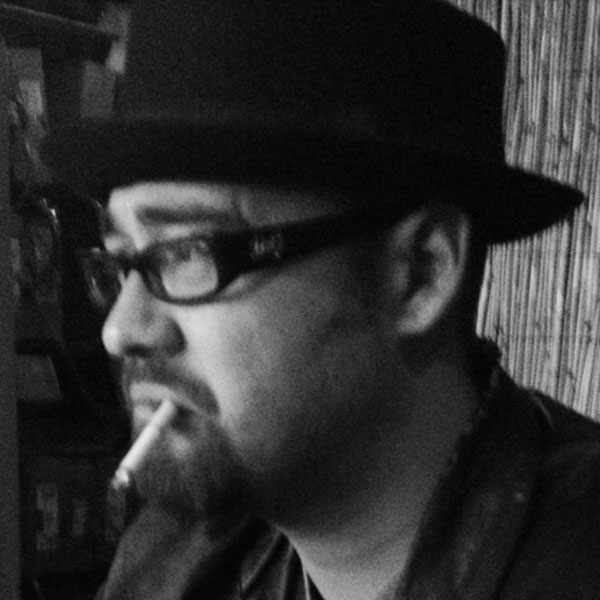