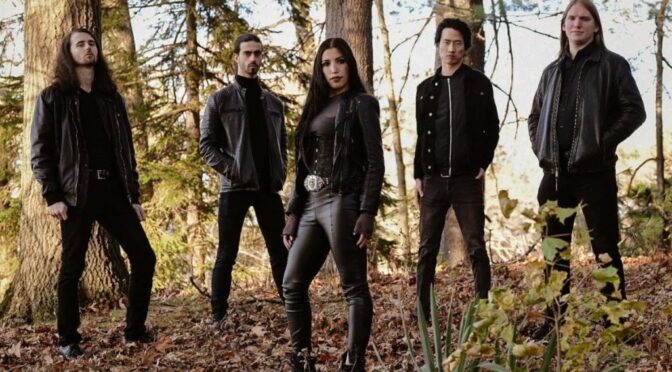 New England-based extreme metal quintet AVERSED has revealed a video for the scientific-inspired track “Laboratory” from the band’s upcoming release, Impermanent. Watch the video for “Laboratory” today via Toilet Ov Hell or here:

“‘Laboratory’ turns self-reflection and actualization on its head, discussing the consequences of ignoring and exploiting the natural world for our own gain regardless of its spiritual or intellectual benefit,” says drummer Jeff Saltzman. “In this interconnected world, we sow the seeds of our mechanized destruction if we only look inward rather than aim to help others.”

“Laboratory” was inspired by Saltzman’s own time working in a biology laboratory and its effects on the world outside of the lab. “Despite our cutting-edge research, we weren’t helping a soul,” he says. “What’s the point? ‘Laboratory’ is my criticism of the pursuit of scientific progress just for the sake of progress.”

Aversed’s Impermanent is set for release on March 19. Mixed and mastered by Christian Donaldson (Cryptopsy, The Agonist, Shadow of Intent), Impermanent illustrates Aversed’s unique approach to songwriting with nine diverse compositions full of catchy hooks and vast melodies. Aversed offered fans a glimpse of the album last month with a video for the title track.

Watch the video for “Impermanent” here:

Pre-orders for Impermanent are available here. In addition to the album, a variety of bundles are also available, as well as a brand new t-shirt design.

With the release of Impermanent, Aversed presents a metal experience cultivated of unprecedented beauty and torment. The third release following 2011’s self-titled EP and 2016’s Renewal EP, Impermanent marks a turning point for the New England scene veterans as they pivot from melodic death metal towards a nuanced balance of blackened and orchestral melodic metal.