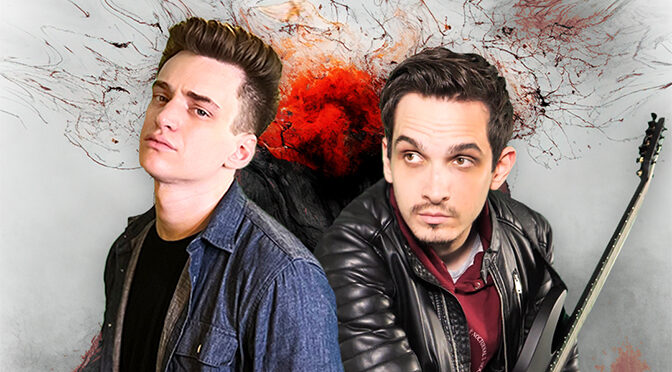 Nocturnal comments: “‘Translucent’ is the start of a brand new era for TERMINA. We took everything that we and our fans loved about our first album, ‘Dysphoria‘, and used that as the foundation for this new song – but, we cranked it up to an 11 for this release: we decided to enlist a real drummer, Chris Turner (Oceans Ate Alaska), and get a professional mix/master from Zakk Cervini. The resulting single is pure insanity, plus catchier and heavier than ever before. There’s no question we’ve built the ultimate Modern Metal team for this one.”

Regarding the song’s theme, Cizek adds: “‘Translucent’ is about being at war with yourself, feeling stuck in time, paralyzed by your own mind.”

TERMINA are re-defining modern metal. In the (very) recent past, the catchall genre has managed to catch the dregs of all of metal’s worst stereotypes for a homogenous sound less modern and more meh. In the hands of Nocturnal, Cizek and Turner, the tenets of metal’s newest subgenres become redefined. Metalcore, djent and deathcore are the true triumvirate of modernity, and combining them in fresh ways with a solid pop sensibility keeps it fresh, invigorating and truly progressive.