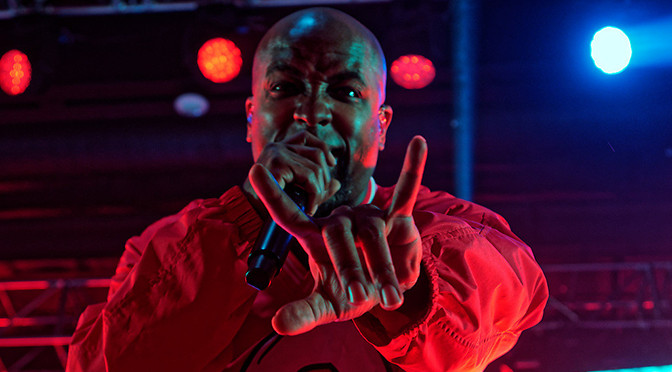 PHOENIX— It was a Sunday night that just so happened to be Mother’s Day, but they still came out in droves to see Tech N9ne and his cast of labelmates at The Van Buren in Phoenix. Rapper Aaron Dontez Yates, a.k.a. Tech N9ne, brought his semi-automatic speed rhymes to the house in support of the 2018 release Planet

. The album was just released in March and instantly shot to number one on the independent album chart. This was spurred by the charting single and video for “Don’t Nobody Want None”, a solid track with beat boy throwbacks to analog synths lifted from Hashim – Al-Naafiysh (The Soul), scratching, and breakdancing in the video. This concert was a four-hour marathon and it was high energy from eight to midnight… and that’s probably when the after-party was just getting started because they showed no signs of slowing down.

The “Planet Tour 2018” is a family affair with artists on the roster of the Yate’s Strange Music record label including Joey Cool, Mackenzie Nicole, and of course Krizz Kaliko, along with a few friends of the family with King ISO and Just Juice. Phoenix was the 24th stop on this 60-city tour and it was a sold-out show with standing room only.

The show opened with King ISO and King Kash sporting orange prison jumpsuits, wrist shackles, and sacks over their heads.  Then it was 100-mile-per-hour rhymes for twenty minutes culminating in their signature “1s in the air for Mental Health and Suicide awareness”. Showing true fan appreciation, each act took time at the merchandise booth to meet and greet the fans and sign anything from t-shirts to body parts during the break.

Next up was Joey Cool, just signed to Strange Music last October and supporting his debut self-titled album. He and Yates both hail from Kansas City and collaborated on “Life Sentences” from the Special Effects album. Tonight Joey was joined on stage by DJ Tiberias who played the only instrument all night when he picked up the bass for the new single “Under Pressure”.

In the three-hole was Mackenzie Nicole introducing songs from her new album The Edge on Strange Music. Nicole’s set was a refreshing break from the angst and monotonous beats of the opening rap acts and introduced melodic pop music to the crowd. The expectation was that the Tech N9ne crowd would boo a Taylor Swift-inspired artist singing to tracks and syncopated video, but the crowd adored her and she seemed genuinely surprised at the enthusiastic response from Phoenix. She later told Burning Hot Events, “I loved this Phoenix crowd, this was the best show yet!” Although the music seemed a little out of place for this concert, Mackenzie Nicole has a great signature voice and the songs were instantly familiar.

Another break. On the stage are two larger-than-life video screens flashing the winged snake logo of Strange Music. Expectations are high for internet sensation Just Juice, but instead, we are greeted by his unknown MC sidekick. So sure he was a comedian doing his schtick, but he did get the crowd fired up with an overused countdown dance for a crowd yell.  Finally, Just Juice appears in a white jacket and his trademark bucket hat. Props to his mic skills and lyrical tirades, but the banter between songs about his doubters and haters in high school got old. He’s young and shows lots of potential, and it was awesome that Tech N9ne gave him the opportunity to be on this tour, but his set was uninspiring. The audience, on the other hand, were on their feet and connecting and gave him a warm Phoenix welcome.

There was ample time to buy t-shirts and swag, down some cold beer, and from the smells in the air there may have been some medical marijuana patients in the audience getting prepared for the main event.  The intermission mixtape was filled with favorites that had everyone rapping in place and getting amped.

Eventually, the groundswell culminated as the lights went down and the “Klusterfuk” mixtape heralded the coming of The G. Two 12-foot screens flash with the beat and an 8-foot crystal ball glows purple from within with the blood-red winged serpent logo locking in that brand identity. The video to the right explodes with Yates as ‘The King’ adorned in brown medieval robes in a deserted misty forest. On the left screen, he is ‘The Clown’ and wearing all white and donning the skull cap touting the “A” for anarchy. Fans scream as the crystal ball turns to reveal ‘The G’ dressed in all red except for the white jersey number, and obviously, that number is “9”.

“What the fuck’s up Phoenix!?,” he shouts, “I…am…what? Fresh out of fucks!” It was on. This was what everyone came for. This is really when the SHOW started. One-hundred mile-per-hour chopper style flowing with his hand in the air and each finger typing the lyrics into the sky. The Clown and The King are the on-screen backup singers for The G and this power trio continues to entertain with “Comfortable” and “No Reason (The Mosh Pit Song).”

Just when it seems like we’ve reached the pinnacle of excitement, Krizz Kaliko hits the stage and takes it up another notch, prancing back and forth like a caged panther. The virtual trio becomes a quartet as they launch into “Riotmaker”, “Dysfunctional”, and “Einstein.” The G takes a knee and lets out a primal scream to end the song while explosive smoke cannons erupt. He gets to his feet and shouts, “Happy Mother’s Day, Mom I love ya” and he exits the stage.

Then it was Kaliko’s turn to take center stage to hammer out “Anxiety.” He was also dressed in all red except for his white spider logo on the front of his jacket and a white towel that he waved around like a magic wand. As the song faded, he exited the stage. Eerie music played and a chant began: “long live the clown.” There was an explosion on the left video screen and the clown was gone, replaced by a twerking dancer in lingerie and a medical gown.

Symbolically jumping from the screen, Yates reappears donning the clown mask and the white uniform. We were in Clown Town now and the set includes “Tormented”, “URALYA”, “Straight Out The Gate”, and “Starting To Turn” (note, this one was awesome), “So Dope (They Wanna)”, and then he dedicated the show to his mother and shot into “Blackened the Sun”.

Kaliko was back on stage and did a dope medley of songs that included homages to Hall & Oats “I Can’t Go For That”, to “Rock Me Amadeus”, and host of song snippets that kept everyone entranced. Krizz Kaliko can obviously rap, but his singing voice was even more impressive and he was leaving it all out on the stage. The twerker on the left screen had gone away and The King was replaced on the right screen with another twerker wearing very little medieval garb in front of a throne made of dead wood.

A choir of angels heralded the coming of The King. Yates dressed in his priestly robes and gave a schooling demonstration of speed and enunciation that is unrivaled. This set included “Sriracha”, “He’s A Mental Giant”, “Worldwide Choppers”, and wrapped up with “Speedom (WW2)” that featured Kaliko and Eminem on the Special Effects

The last act of the show was aptly titled “House of Hits” and Yates returned to the stage in all black and admitted that they’d been ‘sippin’ all day and they’d be sippin’ all night.’ The feel of the show transformed from “why so serious” to “let’s get delirious” and all of the opening acts took turns collaborating.  King ISO rocked “Bad Juju” and Mackenzie Nicole brought vocal prowess to “One More”. The party was in full swing, both the audience and performers were showing signs of being under the influence, and what better time to break into “Caribou Lou”; the song that inspired the Tech N9ne craft beer “Bou Lou”!

The song selections covered the entire Tech N9ne career, which led us to 2018 and to the song that’s ignited the interest of the newcomer fans, “Don’t Nobody Want None”. He was out of breath as any normal human being would be at the end of a four-hour show, but it wasn’t over yet.  There was some drinking on stage and the full cast of characters came out for the finale of “Hood Go Crazy” and the last rites of the 14-second “Stamina” from the Anghellic

CD. What an awesome way to end the show as everyone on stage recites the final words, “Tech N9ne”!

One last shout out to this crew for being genuine and for respecting the fans.  They had been doing these long nights since the beginning of the tour for the past two weeks, and they still took time at the end of the show to meet and greet everybody at the merchandise booth… not just the elite VIP, but every fan. That’s cool, and it makes them even more appreciated. Phoenix may have been just another stop on Tech N9ne’s tour across the planet, but he showed that he genuinely cared about the fans in this town and that will be remembered for a long time to come. 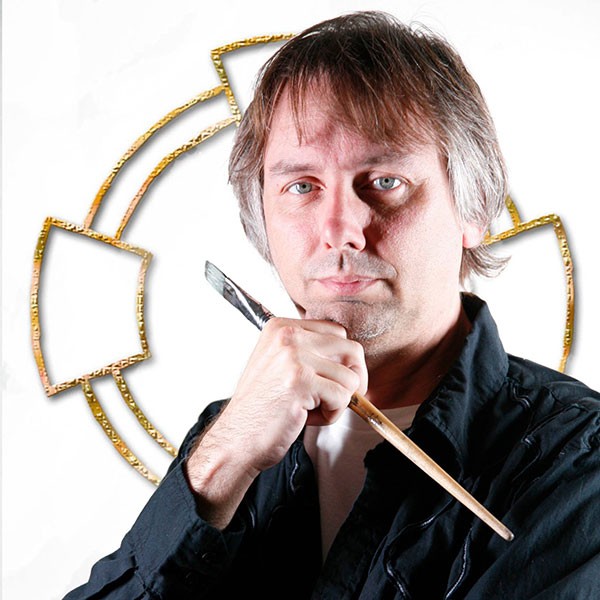