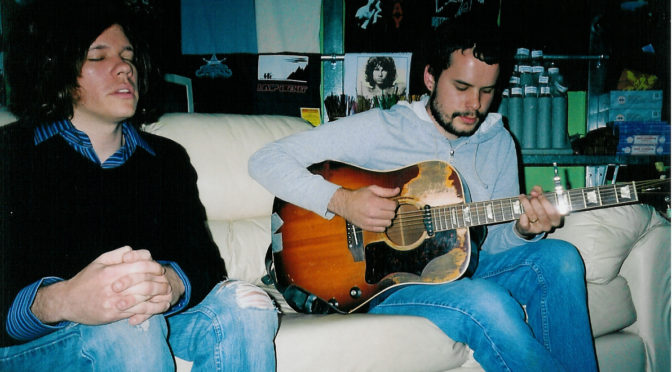 All scheduled shows have been cancelled.

APRIL 6, 2021 UPDATE: Although millions of people are getting vaccinated every day, the band is feeling uncertain about this summer so they’ve decided to push the reunion shows to next March and April, 2022.
More Details Here

JUNE 11, 2020 UPDATE: In the interest of following government guidelines and keeping everyone safe, The Format has moved the reunion shows from this July to next July 2021.
More Details Here

MARCH 12, 2020 UPDATE: Due to concerns related to the coronavirus, The Format has decided to move their upcoming shows to this July.
More Details Here

On February 4th, 2020, exactly 12 years to the day after The Format shocked music fans with the announcement of a hiatus, they caused a scene with another announcement: they would be playing five shows in three cities in the spring of 2020.

The Format was born in Arizona, formed by friends and classmates Nate Ruess and Sam Means, and it could be argued that they are a quintessentially Arizona band. It would hard, if not impossible, to find an Arizonan who did not hear the song “Tune Out” and nod in weary understanding when hearing the lyrics, “The 51 is backed up and too slow,” quite possibly while they were sitting on the aforementioned 51 – which is, unsurprisingly, even more backed up these days 17 years after the song was released.

There was some rumbling on social media about the concerts listed at first: two in New York, Two in Chicago and only one in their hometown. The belief was that there should be at least two here in Phoenix – after all, it is their hometown.

Once the presale went live it became very apparent that The Format was greatly missed by their adoring fans. The website was overwhelmed, causing massive headaches for those trying to buy the limited presale tickets. The demand was so intense and the presale sold out so fast that an extra show was added in each city: now there were three in New York and Chicago and two in Phoenix.

The decision was also made to move the sale from the TicketWeb platform to Ticketmaster, likely due to the latter having a better architecture to handle the expected flood of diehard fans trying to snag the very limited tickets.

The name Ticketmaster — to anyone who enjoys live music at all — is a four-letter word. In recent months, there have been many major shows that sell out very quickly, only to have massive amounts of tickets pop up in the secondary market at obscene prices.

The 2017 Metallica scandal is still fresh in the minds of many; the scalping of 4,400 tickets per show by design – benefiting the band, companies and individuals involved at the cost of alienating the fans that were left out in the cold or with lighter wallets than they would have if the company had played fair.

For that reason – and many others – it is not hard to feel an added layer of trepidation and frustration when waiting in the queue for tickets – after all, how many bots and scalpers are you fighting to get in to see your favorite band?

Unfortunately for many fans of The Format, today would not be an exception.

At 12 noon, the floodgates opened and many fans found themselves staring at their screens in disbelief. The queue for the second show at the Van Buren – a venue that has a capacity of 1,800 – showed that there were 2,000+ people in front of anyone not there in the first minute of the tickets going on sale.

At 12:10 a link suddenly popped up at the bottom of the screen for those in the queue. Just above it the announcement read, in not so many words: Yeah, ok, we should have led with three shows. We just added another one.

By 12:20 everyone in the queue for the newest show at The Van Buren was getting messages that the third show was sold out, and minutes after, the first tickets showed up on resale sites for predictably obscene amounts. The band may have found, to their surprise, that they were a far, far bigger deal than they realized they would still be after 12 years.

Adding extra shows can result in diminishing demand as each show is added. However, in this case there was no slowdown from the first show to the third — a sign of how well-loved they are even after all this time away.

NYC + Phoenix: The Format has launched a scalper-free ticket exchange with Lyte for the shows at The Bowery Ballroom + The Van Buren: HERE

As the day wore on and more people on social media got angrier and angrier about the tickets being scooped up by scalpers, The Format posted an acknowledgement on their Facebook page. The below is part of their statement:

“We’ve seen a bunch of folks posting and saying that scalpers are taking all of the tickets. We want to let you know that we are working with the venues to scour every ticket purchase and make sure that they go to our true fans…not scalpers. We’ve already cancelled a bunch of purchases and made tickets available again.”

NYC + Phoenix: The Format has launched a scalper-free ticket exchange with Lyte for the shows at The Bowery Ballroom + The Van Buren: https://lyte.com/theformat/

The Format will forever be a cherished band and a staple from the young adulthood of many that grew up here in Phoenix and elsewhere. Their return from hiatus, however long it may last, is a welcome and exciting one, and their willingness to listen to their fans and address an issue that is causing anguish among their potential concert-goers is refreshing. To the few that managed to snag tickets, congratulations are in order. The message to the band from the fans, including this writer, is clear:

Welcome back. We’ve missed you.

And If we decide to play a few more shows in the future- we will absolutely do more than the current garbage system to ensure the right people get tickets at the right price.


The Format released its 2007 live DVD/documentary Live at the Mayan Theatre for the first time ever to listen to on Spotify, Apple Music, Amazon, and more, as well as to watch on Amazon Prime Video and The Format YouTube channel.