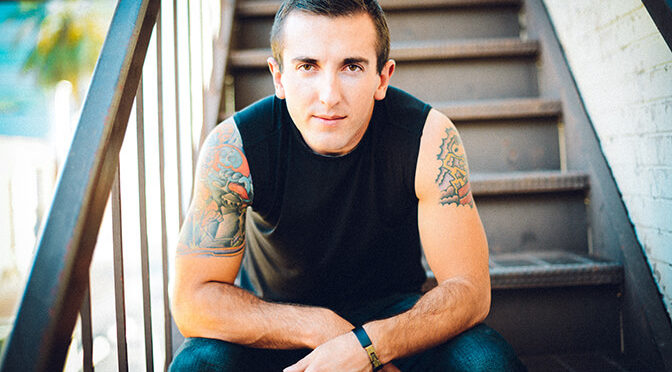 Today, Phoenix-based electronic music artist Raindust releases his powerful debut single “If Tomorrow Never Comes”. The song is the first of a series of three singles slated for release by Raindust. A downtempo dance track, it features bass-driven synths, overlapping melodies, and layers of vocal harmonies that lend themselves to an ambient connection to the song’s emotional theme. “If Tomorrow Never Comes” is available to order here.

While many artists default to the cliche of love songs, Raindust wrote “If Tomorrow Never Comes” with the perspective of a father who, through divorce, loses his children. He struggles with grief, and the realization that his time with them had been taken for granted. He had been consumed with himself and his negative self-image, resulting in a deficiency of mental space for others — including his own kids.

Coming to terms with the fact that he had not given them the quality of relationship they deserved from their parent, and realizing that nothing could be gained from wallowing in self-pity, he dedicates himself to turning things around and taking advantage of the time he’s been given, ensuring that no matter what happens, his children will certainly know that he loves them.

“Instead of going, ‘If I’m going to die tomorrow,’” says Raindust, “I say, ‘If today is my last day, how can I make it better? Can I call them? Tell them I love them?’”

He continues, “I remember seeing a quote on social media that said “When children have a bad day, they don’t say, ‘Hey, can we talk?’ They say, ‘Hey, can you come play with me?’ When you ‘not right now’ them because you have too much going on… for all you know, they could be having as bad of a day as you’re having. No one really stops to think about it from the child’s perspective.”

Raindust’s musical arrangements surfaced after he had spent days locked away, outpouring his emotions, forming them into lyrics. Following the composition of the lines and the melody, the rest of the musical arrangement naturally flowed from him. Unlike many dance tunes, the song does not rely on speed or bass to ramp up the energy. Raindust spent years perfecting the instrumentals, arrangements, and production of the deeply personal, moving track. Heartache translates through the chords of the melody and vocals, making “If Tomorrow Never Comes” a riveting listen that tugs at the heartstrings.“

Raindust – the pseudonym of lyricist, multi-instrumentalist, and music producer Iain Greene – is an artist who flawlessly combines elements of pop and electronic music, along with highly personal themes, to promote positivity and global awareness.

Greene has a knack for extracting components from various genres and building upon them to create his own unique sounds. Inspired by artists such as Alan Walker, Lady Gaga, Demi Lovato, and Linkin Park, he composes compelling lyrics, creates “club music” while remaining in the shadows, and recruits captivating vocalists who add powerful, authentic emotion to the tracks. Being what might be referred to as an “empathetic musician”, he embraces being in the position to breed feelings within the listener and make a unifying impact in a divided world.

Raindust is the second solo project from Greene, its predecessor being music under his proper name. This gifted musician is able to pick up any instrument and instinctively play. The Arizona native has previously been a member of four local bands, ranging from pop rock to death metal. It was seeing Iron Maiden perform live that encouraged him to want to be amidst the energy and interact with others.

Quoting Hans Christian Anderson, Greene says “When words fail, music speaks” resonates with him. Raindust developed when he cathartically immersed himself in music while dealing with loss and hardship. Employing cinematic melodies and futuristic beats in musical compositions that combine darkness and light, Raindust reveals that through music, relief can be found in a seemingly desolate environment.