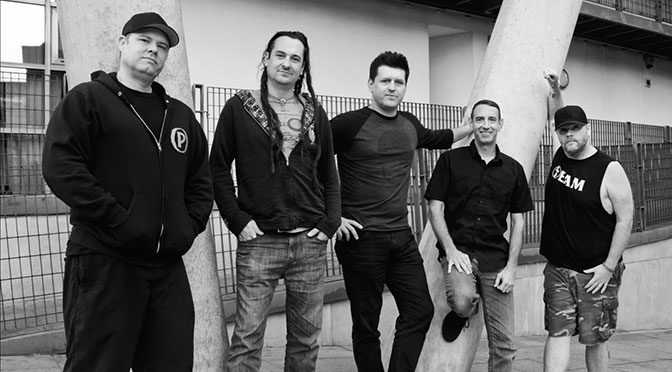 Ska-punk luminaries Less than Jake have teamed up with influential SoCal punk rock band Lagwagon to bring you quite possibly the best punk tour of the year. Special guests include pop-punk quartet Masked Intruder and punk rock duo Plasma Canvas.

The tour will kick off at The Rave in Milwaukee, WI on May 8th then head north into Canada then half way down the East Coast then aims for Nashville then moves toward the Southeast to conclude in Fort Lauderdale on May 29th. Presale begins on Friday, February 21st at 10am EST. Also, Less Than Jake recently wrapped up recording their new album which you can expect this summer via Pure Noise Records.

To some, the name may bring you back to a movie soundtrack or a video game; others are transported to a sweaty day on the Vans Warped Tour. One thing that can not be argued is that if you have experienced Less Than Jake live, it is something that you will never forget.

With ten full length releases, numerous EPs, 7-inch singles and compilations, the band has quietly sold millions of records worldwide, with little support from radio and television outlets. They have been self-managed for the last seven years and have shown no signs of slowing down their breakneck touring schedule.

To quote an industry insider, “while their contemporaries’ crowds have diminished, Less Than Jake’s draw has seemingly gotten larger.” If asked how this was accomplished, the band members shrug and respond, “we never stopped touring or trying to be an active band.”

Continuing to play over 150 dates a year while also writing and recording new material has kept the band fresh in a time when “ska” has become something of a four letter word. The list of acts they have supported is staggering (Bon Jovi, Linkin Park, Snoop Dogg) while the list of bands that have supported them makes even the most hardened music industry veteran do a double take (Fall Out Boy, Paramore, Yellowcard). All the while the band has held firm to its punk rock roots and have managed to live through many musical trends simply by just being Less Than Jake.