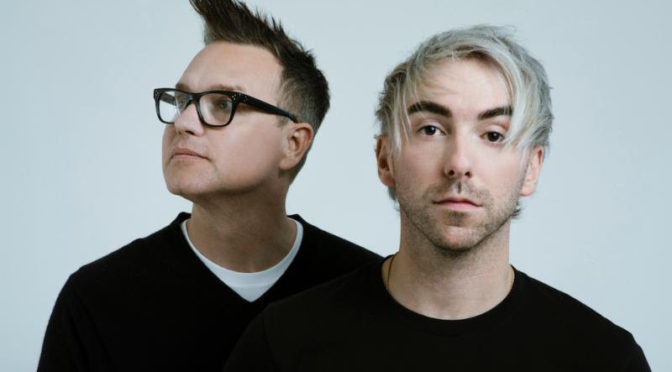 Los Angeles, CA — Simple Creatures, comprised of long-time friends Mark Hoppus (blink-182) and Alex Gaskarth (All Time Low), release a new track, “Special” today. The first offering from EP2 (due out later this year) was produced by Zakk Cervini, and is available to download HERE.

The band will make their highly anticipated festival debut this Saturday, headlining the “Avalanche” stage at Download Festival in the U.K. after playing a few intimate club shows earlier this year in a few select cities across the U.S. and in London.

You can listen to the EP HERE.

Simple Creatures evolved from a long-standing friendship and a musical kinship. Hoppus and Gaskarth took a beat from their individual bands to have some fun in the studio, and came away with a new band with a new sound.

“On paper, this collaboration between two of pop-punk’s most recognizable and commercially powerful songwriters should have proved entirely predictable – a crush of pit-friendly anthems and surging riffola. Except their latest out is anything but. The first single, ‘Drug’… an explosive rush of heavy-hearted pop that clatters and crackles with programmed drum breaks, scuzzy guitars and skittering melodies, with both singers sharing vocal duties,” wrote Kerrang!