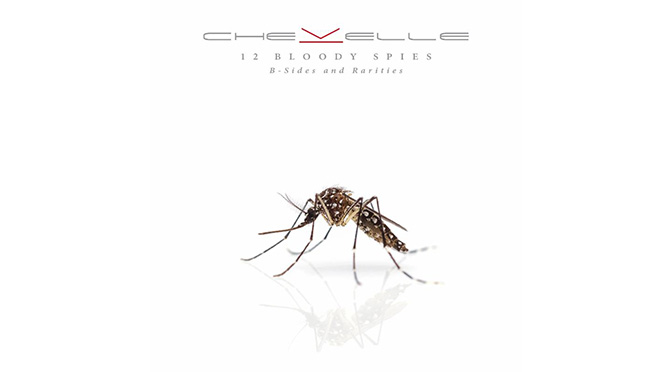 , compiling sought-after B-Sides and rarities from 2002-2016, now remastered on one brand new collection for the very first time. Set for release on October 26, 2018, the album is now available for pre-order via Epic Records. Get it HERE!

, thick riffing drives the track, providing the perfect counterpoint to a hauntingly hypnotic hook. With its delicate push-and-pull between robust distortion and dynamic melody, it stands out as classic Chevelle.

in 2016. It’s essential listening for fans to say the least.

Check out the full tracklisting for 12 Bloody Spies: B-Sides and Rarities below.

Since the release of their full-length debut Point #1 in 1999, Chevelle have stood at the forefront of hard rock, consistently evolving and progressing while delivering a series of ubiquitous and inescapable anthems. 2002’s breakout Wonder What’s Next would go platinum, yielding smashes such as “The Red” and “Send the Pain Below,” while its follow-up This Type of Thinking Could Do Us In reached gold status. In 2011, Hats Off to the Bull landed at #9 on the Billboard Top 200 and delivered “Face to the Floor.” La Gárgola crashed into the Top 5 at #3 and boasted “Take Out the Gunman.” 2016’s The North Corridor represented new heights for the group, marking its fourth Top 10 bow on the Billboard Top 200.