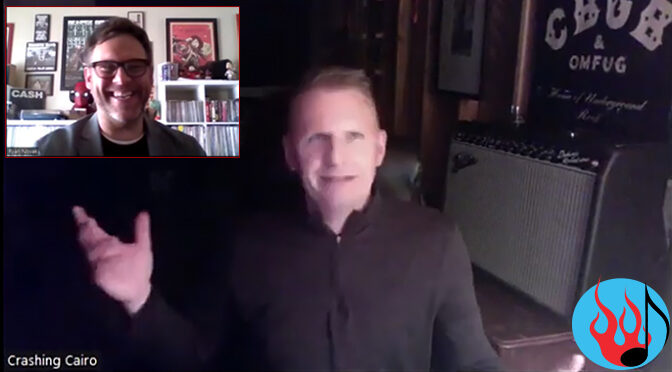 On the cusp of the release of the Crashing Cairo’s next single “Souls”, frontman Robert Wax discusses how the Beatles and David Bowie made him fall in love with music, the importance of U2, full-circle moments, working with legends, drawing inspiration from a radio contest, and what the future holds for the band, in the inaugural Burning Hot Interview video.

Hailing from metro Detroit, Crashing Cairo first broke onto the scene with their 2008 debut Monday Changed Everything, and the band has been going steady ever since. On their 10th anniversary, their EP At Speeds that Destroy brought some exciting new course for the group, as a shot-in-the-dark email by Wax gave them the opportunity to work with not one but two legendary producers. Wax is a modern-day renaissance man, as he is not only a singer and songwriter but also an actor, writer, and producer.