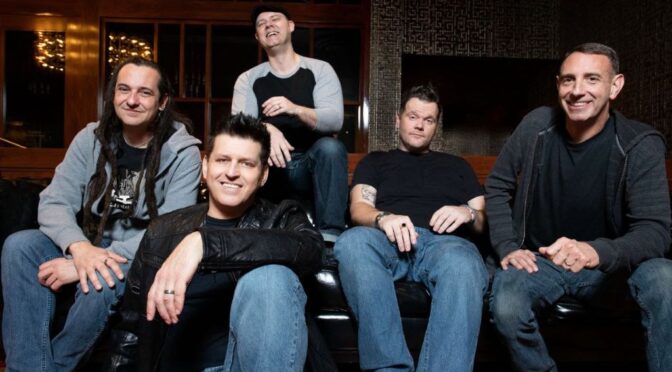 Seminal ska-punk luminaries Less Than Jake will be commemorating the release of their 9th studio album Silver Linings with their first-ever livestream performance this evening at 6pm EST from Gainesville, FL. Tickets are still available here.

Their 9th studio album and first with new drummer Matt Yonker (Teen Idols, The Queers) is a dozen tracks of a rejuvenated and refreshed Less Than Jake. They picked up right where they left off and aren’t trying to fit in with any current trends because their ska-punk formula has stood the test of time and simply works. Vinyl, CD, and merchandise bundles are still available via Pure Noise Records webstore.

Outburn Magazine proclaimed, “expert level ska punk.” The Punk Site asserted, “there is no filler, no throwaway tracks, just old-school ska punk done just as it oughta be.” KERRANG! chimed in, “a collection of typically upbeat ska-punk jams.” ReadJunk added, “a punkier version of LTJ.” Cryptic Rock declared, “Less Than Jake are only one of a handful of bands that can be considered the best of the best.”

Continuing to play over 150 dates a year while also writing and recording new material has kept the band fresh in a time when “ska” has become something of a four-letter word. The list of acts they have supported is staggering (Bon Jovi, Linkin Park, Snoop Dogg) while the list of bands that have supported them makes even the most hardened music industry veteran do a double take (Fall Out Boy, Paramore, Yellowcard). All the while the band has held firm to its punk rock roots and have managed to live through many musical trends simply by just being Less Than Jake.