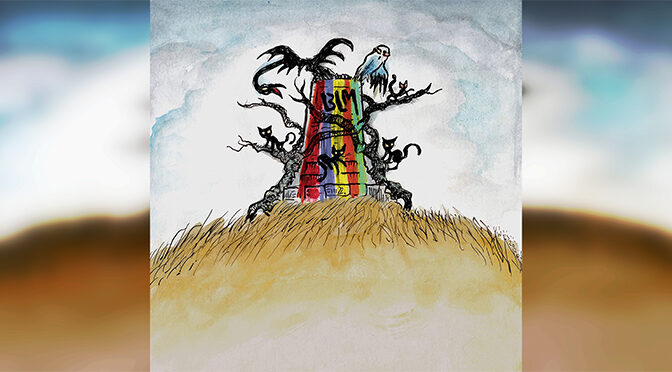 John Lennon once said his dream would be to write a song one day, record it the next, produce it the following day, press and release it immediately after in an attempt to get art out into the world as fast as possible (he came close as was probably possible with “Give Peace a Chance”, which was written, recorded, produced, pressed, and released in just over a month). While our modern musical landscape may make that dream even more feasible, with musicians able to put music into the world via SoundCloud and other such streaming services as instantaneously as it can be written, it’s still quite the daunting task, and even more so to do it with an entire album.

Drive-By Truckers have come as close as is probably possible for a band in this era to accomplish that task with last Friday’s surprise release of The New Ok, the band’s 13th studio album and second of 2020. For a band that has released that many albums over the course of their 22-year existence, it is still a remarkable feat. They are a band who has set a standard for themselves of releasing an album at least every 2-3 years, with 4 years being their biggest gap between releases (between 2016’s American Band and The Unraveling, released just this past March). In a normal year for the Truckers, as their fans most-often call them, they would release an album, tour the world like crazy, playing epic shows in each city, return home to write and record, and begin the whole process all over again. That is a normal year for the band.

This, however, has been anything but a normal year. Back in March, I was playing The Unraveling on repeat and gearing up to see the band play live for the fifth time, and my first time as an Arizonan. I was loving the new album and could not wait to hear it live with all the furious energy I had come to expect from seeing them those previous times. A Truckers show is an event: a true ROCK SHOW that leaves even the newest of converts pumping their fists, singing along, and riding a rollercoaster of emotions until the moment Patterson Hood says goodnight and the band leaves the stage. A Truckers show is a life-affirming good time. I could not wait to see one of my favorite bands in my new home, and then the pandemic happened. Live shows went away, and my wife and I were left stuck at home, both of us teachers trying to teach in the new reality of a world turned upside-down. I sat in my office and tried to figure out how to do my job all over again, and listened to all their other albums through headphones while adjusting to this new reality.

The Truckers were always one of the hardest-working bands in rock, and not even a pandemic can slow them down. In between playing online live shows, founding members and dual songwriting threats Hood and Mike Cooly managed to write and record The New Ok  —an album that speaks as much to our times through its title as it does through its songs.

The opening track “The New Ok” pays homage to that thing we struggle every day to accept and are at the same time so sick of discussing: the idea of our collective “new normal.” Things that were at once so commonplace now seem foreign and strange to think about, like going to a concert or a live sporting event. Even our attempts to adjust and find that semblance of normalcy have gone awry. Hood sings on the track: Deep in my own head drenched from the cups/I thought going downtown might cheer me up/We promised each other we wouldn’t let it get too rough/Said, “Let me know son when you’ve had enough.” While the narrator struggles to adjust, he struggles along with everything that has occurred during this new ok, as the struggles of the pandemic give way to the Black Lives Matter protests and violence that happened in cities across the country. This new ok is anything but ok, and the Truckers are struggling right along with us.

The high-water mark for relevant political songs is Crosby Stills Nash and Young’s “Ohio,” written by Young in the immediate aftermath of the Kent State shootings. It was written and recorded within two weeks of the shootings and released as a single within a month. With “Perilous Night,” the Truckers have their “Ohio.” The song was originally written and released just two months after the “Unite the Right” rally in Charlottesville that saw white supremacist groups descend and duel with anti-racism protestors and resulted in the death of activist Heather Heyer. The song directs its anger not just at the white supremacists but at the politicians who enable them and oftentimes embolden them. While “Ohio” captured a single, tragic moment in our nation’s history, “Perilous Night” is a song I cannot imagine the band could have ever thought that when the single was first released in the fall of 2017 it would still be relevant enough to be included as an album track three years later and feel like it had an immediacy to it. (Literally as I wrote this review, news broke that a member of a white supremacist group shot up a police precinct in Minneapolis during the protests over the death of George Floyd and tried to frame Antifa and Black Lives Matter protestors for the crime.)

“Sarah’s Flame,” released as the b-side to “The Unraveling” on the first Record Store Day drop in August, is a plaintive drum-and-organ-driven ballad from Mike Cooley that may stand as one of his finest songs in the Truckers’ oeuvre. The band has been ever-evolving in their sound since their 1998-debut Gangstabilly (this is a band after all whose third album was a legit rock opera and still stands as one of their finest works), and yet the Memphis-soul vibe of “Sea Island Lonely” proves to be a bold step and one of the album’s true stand-out tracks, with the horns and rhythm section serving as a perfect compliment to Hood’s always-distinct vocals.

The extended political metaphor of “Watching the Orange Clouds” finds Hood, or at least a Hood surrogate, bracing himself for an impending storm and wondering what more he can do to stop it from happening. He worries for his kids who have benefited from their race and position in life, but sees that they are becoming increasingly aware that not everyone shares their privilege. As he stands on his balcony, his mind is awash with how overwhelming the horribleness is that has beset all of our lives: he contends with violence against BIPOC, white nationalists, the pandemic, and the relentless assault of the bleak. As for the titular “orange cloud” he hopes will go away, well, you can probably figure that one out on your own.

While they have never been adverse to cover songs, the Truckers have usually reserved them for live-show surprises in the past (such as their cover of Jim Carroll’s “People Who Died” on their 2000 live album Alabama Ass Whuppin’) or as one-off covers for tributes (their covers of Warren Zevon’s “Play It All Night Long” and Dylan’s “Like a Rolling Stone” were both recorded for tribute albums and included on their 2009 B-Sides and Rarities album The Fine Print [A Collection Of Oddities And Rarities] 2003-2008). But their album-closing take on The Ramones “The KKK Took My Baby Away” is the tonally perfect ending to an album about dealing with new realities. While the song was originally written by Ramones lead singer Joey Ramone as a dig at bandmate and rare punk-rock conservative Johnny Ramone, who teased Joey often for being Jewish and then stole Joey’s girlfriend Linda, here the Truckers put a universal context spin on it, as some of us have seen friends or family reveal alt-right leanings or outright white nationalist proclamations. While to some, the southern Drive-By Truckers covering the prototypical New York punk rock legends may seem surprising, there is more shared DNA between the two bands that might be apparent if you held up pictures of each band side-by-side. The cover serves as the perfect coda on dealing with a reality that is so often unrelentingly horrible, and though Ramone’s protagonist is calling to get help as his girlfriend is literally kidnapped by Klan, helplessly seeing people close to us seduced by racist ideologies is terrifying and just as tragic.

There is an urgency to The New Ok that feels welcomed right now. It is an album that feels the walls closing in and is screaming into the void. If misery loves company, then the Truckers have given us the perfect record to commiserate with. While things are anything but ok right now, The New Ok is what we need to come to terms with not feeling ok.