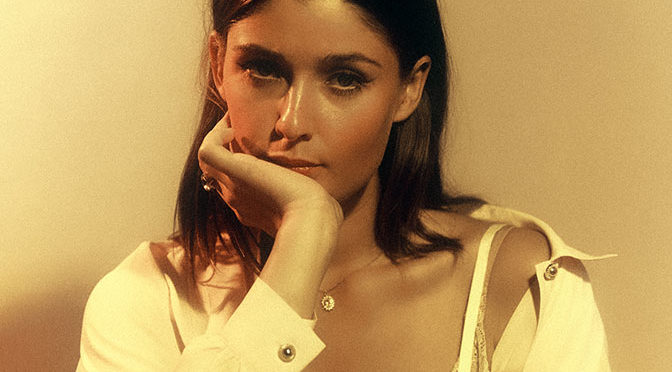 LOS ANGELES — Building off the success of her self-titled debut album, LÉON delivers a gorgeous new ballad in the way that only LÉON could. “In a Stranger’s Arms” is a soft pop, forlorn lullaby about the metamorphosis that happens after moving on from heartbreak and the willingness to take a risk and start over ‘in a stranger’s arms.’ The warm track is oddly comforting and glimmering with both melancholia yet hopefulness. Listen here.

Since releasing her career debut single in 2015, LÉON has consistently delivered with every release, demonstrates her knack for crafting emotive, tender, and unforgettable pop songs. The songstress has amassed over 400 million total global streams and is a regular critic’s favorite in the press, racking up praise from the likes of Vogue, Glamour, In-Style, The Fader, and more. In addition to making her late-night television debut on The Late Late Show with James Corden, she has sold out many headline shows worldwide and performed at U.S. festival staples including Coachella, Bonnaroo, and Lollapalooza.

According to LÉON, “Over the past few years, I’ve learned how to go with my gut and steer the wheel myself. If it doesn’t feel right to me, I don’t pursue it. In the end, I stand behind the music I make, and I’m in control.”

In 2020, LÉON shows no signs of slowing down. Stay tuned as she continues to evolve and embarks on the next chapter in her career, with more surprises for her fans along the way.