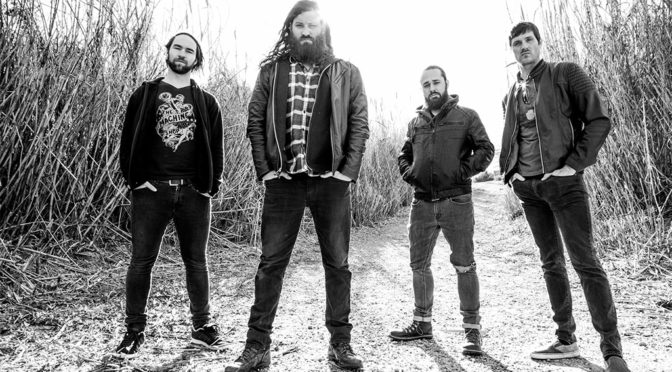 Athens, GA based alternative rock band Lullwater has released the official music video for their cover of Pearl Jam’s “Release,” off of the 1991 hit album TEN

. Originally premiered on Loudwire, “Release” features live Footage with Dave Krusen (Pearl Jam, Candlebox) and Kevin Martin (Candlebox), and was recorded at London Bridge Studios in Seattle, WA, where TEN was originally recorded, with engineering and mixing by Justin Davis.

“The entire experience of recording Pearl Jam’s ‘Release’ in London Bridge Studios was so surreal. Pearl Jam is one of my favorite bands and to cover that song in the same room as they did, was very emotional for me. I had no idea that a couple of years later we would be performing it live with Dave Krusen and Kevin Martin on the Candlebox tour; it’s such an odd and incredible feeling of living and experiencing the moments we’ve made because of ‘Release.’ It’s by far the coolest thing that’s ever happened to me as a musician. Thinking back to when I was in my adolescent years playing that song over and over and then one day to be performing it live with the original drummer, is simply crazy for me. ‘Release’ has a special place in my heart and is one of my favorite songs to play live.” – John Strickland (Vocals/Guitar)

For more than a decade, alt rockers Lullwater have been blazing their way to the top of the industry thanks to their gritty, Southern-infused sound and straight-up, raw performances.

Formed in 2007 in Athens, GA, the foursome was born from the indelible mark that the godfathers of grunge left on music. The convergence of this inspiration, mixed with a healthy helping of swagger, defines this critically acclaimed alternative rock band. The group released its debut, self-titled album in 2012 to solid reviews and were immediately invited to join some of the biggest tours that same year, as well as had the single “Albatross” featured on Sirius XM Octane Radio. Since that time, Lullwater has spent the majority of their career on the road sharing the stage with such A-list acts as Candlebox, Theory of a Deadman, Flyleaf, Passafire, Amaranthe, Butcher Babies, and more. The band released their critically acclaimed sophomore album, Revival, in 2015, followed by a live EP, The Seattle Sessions, in 2017.

Voodoo, their latest effort and arguably their best work to date, was recorded at the end of 2017 in New Orleans at Marigny Studios by Swedish producer and engineer Jakob Herrmann, co-produced/engineered by Justin Davis, and mixed by Jakob Herrmann at top floor studios, is scheduled for a Winter 2018 release; this record promises an even bigger, more explosive sound that will shake you to your core.