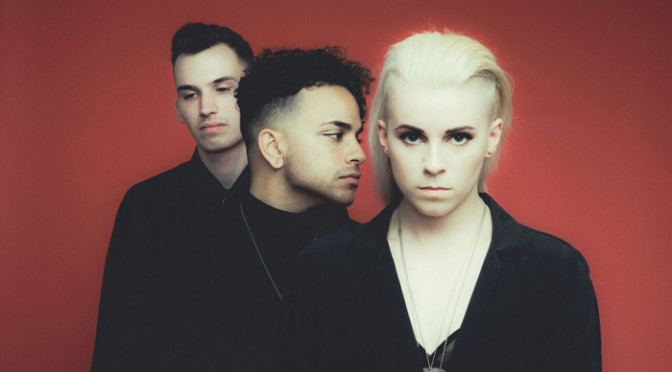 Los Angeles, CA – Today, PVRIS released the live acoustic video for their hit single, “Heaven,” which appears on their sophomore full-length studio album, All We Know of Heaven, All We Need of Hell (August 2017, BMG/Rise). The record hit #5 on Billboard’s Rock Chart, #1 on Billboard’s Emerging Artists Chart, and has been praised in the press by the likes of Alternative Press, Kerrang!, Rock Sound, NME, and more. Watch the video HERE.

After headlining shows worldwide, touring alongside Fall Out Boy, Muse, and Thirty Seconds to Mars, and performing on Jimmy Kimmel Live!, PVRIS is back on the road on a new leg of headline dates. The trek takes the band across North America and wraps in San Antonio, TX on March 15th. After a short break, the second half of the tour picks up on April 14th in Santa Cruz, CA and concludes in Portland, ME on May 4th.

A full list of tour dates can be found below, and all tickets can be purchased HERE.

All We Know of Heaven, All We Need of Hell