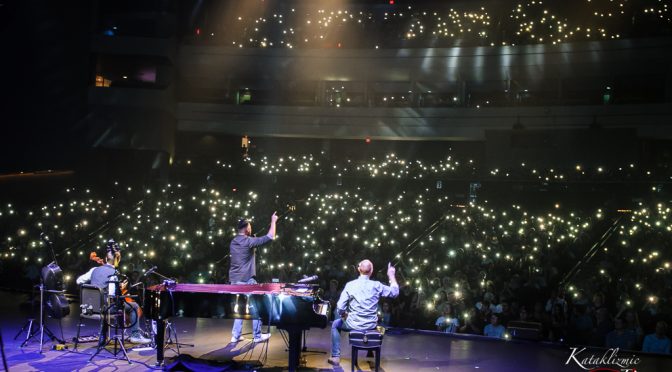 
The Piano Guys consist of Jon Schmidt, Steven Sharp Nelson, Paul Anderson, and Al van der Beek. The majority of the concert featured Schmidt (pianist) and Nelson (cellist). Al van der Beek joined the duo for vocal performances of “Father’s Eyes”, and “OKAY”, their debut to an upcoming release. Paul Anderson joined them for a couple of epic jams featuring all 4 of them, “Ants Marching/Ode To Joy” and “What Makes You Beautiful“.