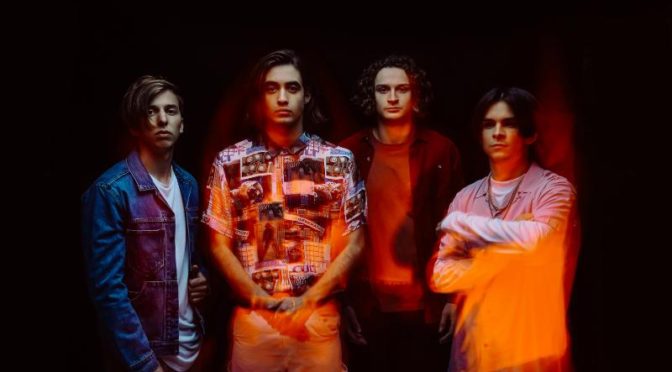 First Full-length Record, State of Mind, to Be Released September 13 via BMG

Los Angeles, CA — The Faim have shared “Humans,” the first single from their forthcoming debut album, State of Mind, which will be released on Friday, September 13 via BMG. The track was produced with Patrick Morrisey (Weezer, Pharrell, Hayley Kiyoko) and David Dahlquist (Aurora, Fletcher) in New York and Los Angeles, and includes a great balance of unique pop-rock sounds, rounded out with lush live band elements and a massive, resonant chorus. Stream and download “Humans” HERE, and pre-order/pre-save State of Mind HERE.

“ ‘Humans’ is about embracing the unique qualities that make up who we are, from our individual character and personality traits, to our strengths and weaknesses. These diverse characteristics, and how they evolve throughout our lives, show us what it means to be human and how connected we all actually are,” the band explains.

The Faim unveiled their debut EP, Summer Is a Curse, last year and wasted no time creating music for their first full-length effort, State of Mind. Over the course of two years, the group worked with numerous writers and producers to craft a collection of songs that showcase a vast range of styles and tones. The tracks, recorded mostly in Los Angeles in various studios, reveal how The Faim has evolved since their inception. The lyrics come from emotions or experiences personal to the musicians as a whole, with each song centering on an idea that’s relatable to both themselves and their listeners. Overall, State of Mind reveals a band on the rise, and a group of artists who are all about making genuine songs that bring people together and create a community.

“We write from an honest place, and that’s something we always want to stay true to,” says frontman, Josh Raven. “It has to resonate with us for it be relatable to our fans. On this album it was about connecting with ourselves and exploring our influences and our own talent. If we stick to who we are and what we feel, hopefully everyone else will find something in the music too,” he elaborates.

State of Mind includes eight brand new tracks in addition to previously-released singles“Summer Is a Curse” and “Amelie.” If you were able to catch The Faim on tour earlier this year, you may have also heard them play “Beautiful Drama” and “Infamous,” two additional standout songs on the album. The complete track listing can be found below.

Over the past year, The Faim has built up a strong following around the world, from Australia to Europe to the States. They’ve performed at Download Festival, Slam Dunk, and Reading & Leeds, and toured with PVRIS, Against the Current, Sleeping With Sirens, and Andy Black. In 2018, The Faim performed 100 shows across three continents and 13 countries, while in 2019 the band embarked on their first headline tour, selling out shows in cities like London, Sydney, Amsterdam, and Hamburg. “Summer Is a Curse” has become a bona fide hit Germany, hitting No. 12 on the airplay charts after being played 24,000 times on German radio in 2018. The track, which appears in a Jeep commercial in France, hit No. 2 at radio in the Czech Republic. The group also scored the soundtrack to Coca-Cola’s global advertising campaign for Coke Zero, which was shown in 18 countries worldwide.