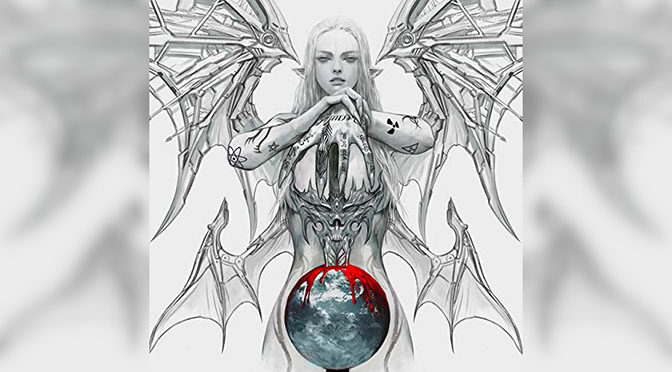 “Miss Anthropocene is the fifth studio album by Canadian musician Grimes, released on February 21, 2020. It marked her first album in over four years, when she released Art Angels. It was officially announced on March 19, 2019. The album’s name is a pun on the feminine title ‘Miss’, and the words ‘misanthrope’ and ‘Anthropocene’, a neologism popularized in the year 2000 by Paul J. Crutzen that was proposed to denote the current geological age the Earth is in.

“The album is a loose concept album about an ‘anthropomorphic goddess of climate change’ inspired by Roman mythology and villainy. Miss Anthropocene is Grimes’ final album on record label 4AD, to which she has been signed since 2012. The album is darker in style than Grimes’ 2015 album Art Angels, containing inspiration from the sounds of industrial music.” (Source: Wikipedia)