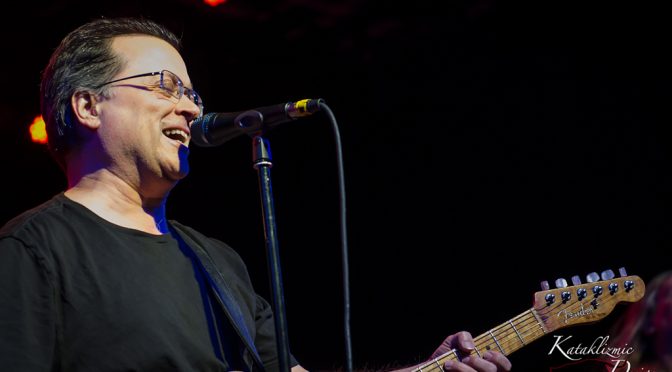 TEMPE, AZ — Violent Femmes packed the Marquee Theatre in Tempe on Tuesday, May 3, as part of their tour to promote their latest album, “We Can Do Anything”. The punk-rock headliner of over 35 years drew a more mature crowd that evening, with fans eschewing sleep on a weeknight for the chance to see Violent Femmes live. They wasted no time in giving concert-goers exactly what they wanted and opened with their biggest hit, “Blister in the Sun,” from their self-titled 1983 album, then went right into “Kiss Off.” It was clear from the start that fans were in for a great show when bassist Brian Ritchie was already rocking out to a bass guitar solo by the second song.