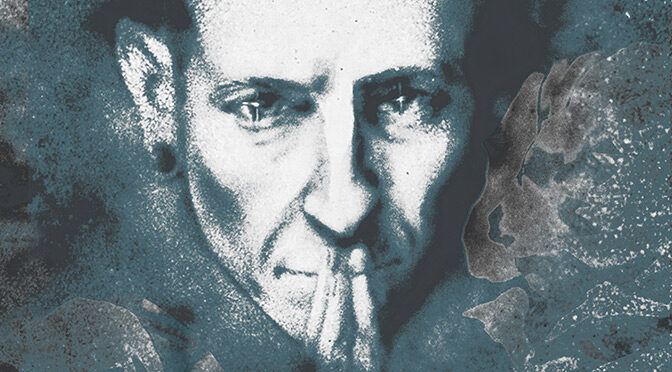 The special event, including an exclusive interview from the band’s first radio interview from back in the ’90s, is viewable via Grey Daze’s YouTube channel tomorrow, Jan. 28, at 1:00 PM Pacific / 4:00 PM Eastern / 9:00 PM GMT.

“We wanted to create a unique listening experience for our fans to hear this EP for the first time,” says Grey Daze co-founder and drummer Sean Dowdell. “One that was visual, moving, and something we had never seen done before. The nature of sand art as a medium is one that fits well, aesthetically, with the stripped down nature of this particular music. A fleeting form of art that aptly expresses the fragile nature of our band. The resulting illustrated film feels like a perfect metaphor, a dream sequence, an experience that sums up our new release. We hope everyone enjoys it as much as we do.”

Grey Daze returned to the studio in October, working with producer Billy Bush (Garbage, Muse) and a selection of alternate vocal tracks from Chester Bennington. The concept of an acoustic release was something Grey Daze had discussed prior to the release of Amends, knowing that the songs present an entirely new aspect to the material and spotlight Bennington’s immense talent, something they’d only been able to witness in the studio.

Amends… Stripped pre-orders are available now, with the vinyl variant of the EP set for an April 9 street date. The vinyl release includes a trio of ‘90s era interviews with the band from the new defunct Phoenix alternative radio station, KEDG. The release is also available digitally. The band released the single “Shouting Out (Stripped)” and its accompanying video.

Grey Daze released Amends in June of 2020 with All Music calling it “a gift for those who loved Chester,” Kerrang! proclaiming the collection “both celebratory and emotional, the record stands as a heartfelt echo of Chester Bennington’s power,” Rolling Stone describing the album “modern without sacrificing Bennington’s inherent adolescent grit” and Billboard saying it “provides some grunge-laced light in an otherwise dark hour.”

Amends’ arrival followed months of build-up for an album that serves as a tribute to Chester Bennington, the man “who was known for his piercing scream and free-flowing anguish”(New York Times) and “a human being with a huge heart and a caring soul” (Associated Press).

The people surrounding the release, his Grey Daze bandmates: Sean Dowdell, Mace Beyers, Cristin Davis, as well as Chester’s family members: Talinda Bennington, his parents, Susan and Lee, and his son Jaime all participated in the curation and storytelling that served as both catharsis and the completion of a promise to see the 11-song album through to completion. They shared stories and insight into how Amends became a reality via a documentary, an eight-part, studio driven video series titled “Making Amends”, and a Dave Navarro (Inked Master, Jane’s Addiction) hosted roundtable discussion featuring Dowdell with Amends contributors Brian “Head” Welch (Korn), Chris Traynor (Bush/Helmet), LP and producer Esjay Jones.