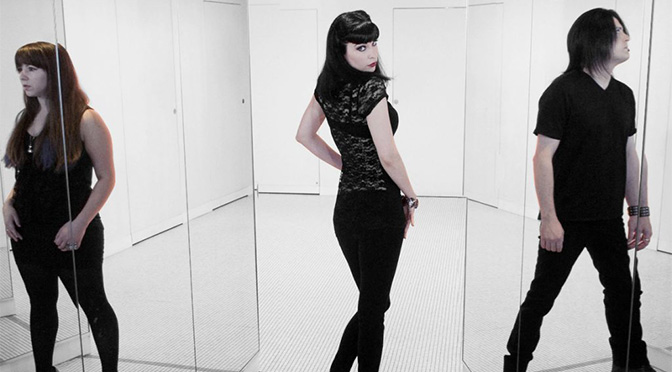 Phoenix-based dreampop/darkwave group Bella Lune just released a new album, titled Stardust, on September 01, 2019. The album features 14 new original songs and is 59 minutes long. The album is a return to original form, with post-punk bass-lines, dreamy guitars, analog synthesizers, violin and ethereal vocals. Stardust is available on bellalune.bandcamp.com now! It will be on Spotify and other online distributors on September 15, 2019.

Several songs on the new album, including “Stardust“, “Charade“, “A Wish” and “Doomed“, have been well-received in clubs and on internet radio recently. Fans of The Cure, Clan of Xymox, Cocteau Twins, The Chameleons, Siouxsie and the Banshees, Drab Majesty and Lebanon Hanover will enjoy this album.

Bella Lune also just released a music video for the title track, which is streaming on YouTube!

The CD release party for Stardust will be at Club Shadowplay on September 21, 2019 at Rips Bar in Phoenix, AZ. Fuchsia and Hurley will be doing a post-punk, darkwave, dreampop & alt 80s DJ set at the event.

Bella Lune is an electronic/darkwave/dreampop band and dark alternative DJ duo that formed in 2007 in Phoenix, Arizona, USA. They have performed on three continents and released six full length studio albums. The band incorporates elements of electronic, post-punk, indie, synthpop, trip hop, shoegaze, and ethereal music to create a dreamlike trance throughout their sound.