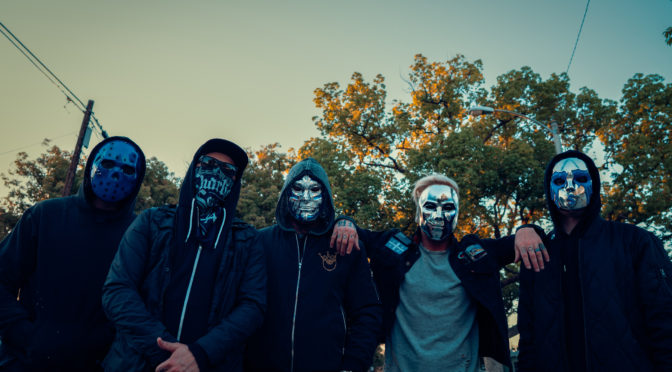 Los Angeles, CA – Just last month, Hollywood Undead released their hotly-anticipated new track, “Gotta Let Go,” which has already racked up over three million global streams, with the accompanying music video clocking over one million views. Today, the band is proud to release their follow up single, “Another Level,” a fiery, EDM-infused song, saturated with heavy beats and explosive rhythms. Listen HERE, and click HERE to download and purchase the new offering.

“ ‘Another Level’ is self-explanatory,” says Johnny 3 Tears (vocals, bass). “It’s about taking it as far as you think you can possibly go, and then taking it ten steps further.”

The band will close out this summer with festival performances at Impact Music, Heavy Montréal, and Reading & Leeds. A complete itinerary is included below, with tickets available to purchase HERE.

Hollywood Undead is set to release more music this year, with brand new singles on the way. Stay tuned!

California Dreaming | Whatever It Takes | Renegade | We Own The Night | Black Cadillac (feat. B-Real) | Your Life | Gotta Let Go