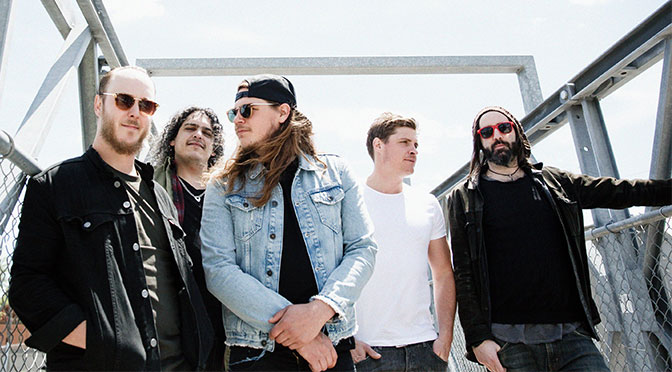 Los Angeles, CA – The Glorious Sons are excited to announce that they will be opening for Welshly Arms on their ‘No Place Is Home’ Tour this fall. The JUNO-award winning rock band will provide direct support and also share the stage with Charming Liars. The first leg of dates launches September 25th in Kansas City, MO, with the second installment beginning on October 14th in Houston, TX. The trek also hits major cities including Chicago, Brooklyn, Philadelphia, Washington, D.C., Nashville, Atlanta, Los Angeles, and San Francisco. At the end of October, the guys will also head out on a massive headline run across Canada, finishing at the Scotiabank Arena (formerly the Air Canada Centre) on November 22nd.

Don’t miss The Glorious Sons live – a full list of dates is included below, and fans can purchase tickets HERE.

Today, the band is also proud to share a new open letter video for standout single S.O.S. (Sawed Off Shotgun), addressing a variety of pressing topics including gun violence, racism, misogyny, opioid addiction, alcoholism, and the overall divisive political climate around the world. Narrated by frontman Brett Emmons, the piece presents a call to action to confront our demons head-on and address the issues facing society. Watch the video HERE. S.O.S. originally appeared on Young Beauties and Fools, the five-piece’s sophomore record (Oct. 2017 via BMG US), and the track is available to stream and purchase HERE.

“Young Beauties and Fools is a sharp showcase for versatile frontman Brett Emmons.”–Billboard

Since unveiling YBAF, the Kingston natives won the JUNO Award for Rock Album of the Year, with its hit single “Everything Is Alright” receiving gold-certified status in Canada. The quintet has also racked up over 26 million streams in North America, sold nearly 150k singles, produced nine consecutive top 10 radio singles, and earned the title of Most Played Artist on Canadian Rock Radio. Additionally, they have been touring tirelessly worldwide, headlining shows and sharing the stage with the likes of Greta Van Fleet, The Struts, J Roddy Walston And The Business, and Grandson. The group also recently opened for The Rolling Stones in Marseille, France – a lifelong dream come true for all of the guys.

The Glorious Sons On Tour:

Listen to Young Beauties and Fools: