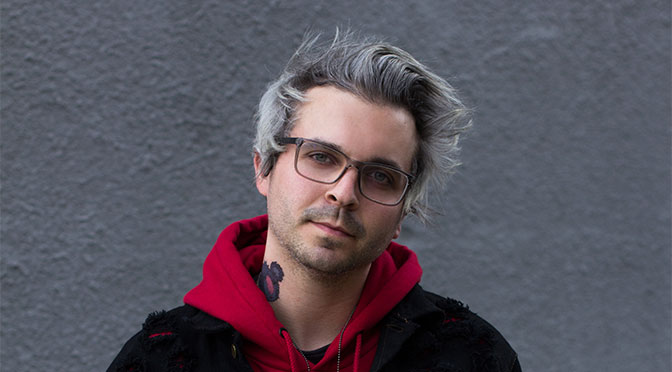 Los Angeles, CA — Today, FRND (a.k.a. Los Angeles-based musician Andrew Goldstein) is excited to share his new single, “Erase.” The upbeat, melodic track is his first new offering in nearly a year and is the first song from his upcoming EP, Before U I Didn’t Exist, out September 28th (via Crooked Paintings/BMG). Fans can stream and purchase “Erase” HERE.

According to Goldstein, “ ‘Erase’ is about someone coming into your life and wiping out lingering sadness from the past. When you realize the effect they have on you, you can’t help but fall for them.”

To fully experience the intriguingly glitchy pop of FRND, you need to understand his obsession with koala bears. As surrogates in his videos re-living his experiences, they are depicted sweetly, soulfully, even hallucinogenically. “The koala is almost like an alter ego who represents a version of myself,” explains Goldstein. “They might be chill on the outside, but there’s a lot of emotion. It embodies this journey I’m going through.”

Animated avatars notwithstanding, the musings on romantic woe woven through FRND’s intimate 2017 EP, In Your Dreams

, proved all-too-human. Its first single, the levitating “Friend” (“My friend….We’ve come to an end”), first captured ears after appearing on Spotify’s New Music Friday playlist, subsequently hitting No. 1 on Hype Machine. Meanwhile, the ebbing-and-flowing sting of “Substitute” clocked a staggering 16-plus million streams. (Not surprisingly, Goldstein’s knack for capturing the human spirit by way of sticky hooks previously led him to pen songs for Demi Lovato, Britney Spears, and blackbear.)

“The mastermind behind some of today’s most exciting tracks” – NYLON

This has culminated in FRND’s much-anticipated follow up EP, Before U I Didn’t Exist. A collection of melodic, nuanced tracks, they sort through the disenchantment that permeated In Your Dreams. “You erase/ Erase all the hurt that I felt before,” he sings hopefully on Before U’s first single “Erase,” all percolating beats and sweet nothings. “You replace/ Replace it with something I can’t ignore.”

“I called my last project In Your Dreams, because I dreamt about some of these songs over and over again,” he says. “It was an awakening that I didn’t feel until I had those experiences.” Before U I Didn’t Exist attempts to exorcise those ghosts. The intoxicating title track (“Stay with me/ Hold on tight/ Fill my heart with pretty lies…”), for instance, is a relatable portrait of escapism. What it doesn’t deliver in closure, it does provide in a contact high through singsongy vocals and bright synthscapes.

FRND’s pop may not always be pretty, but his journey is an exhilaratingly authentic one—lust, laments, and all. “FRND is really this place you don’t think you’re capable of going until you actually get there,” he says. “You realize how much of life is driven by emotion versus thinking logistically.” In the end, there’s still hope for a happy ending. “Once you navigate through these emotions, you get to the next level. That’s what happened for me,” he adds.