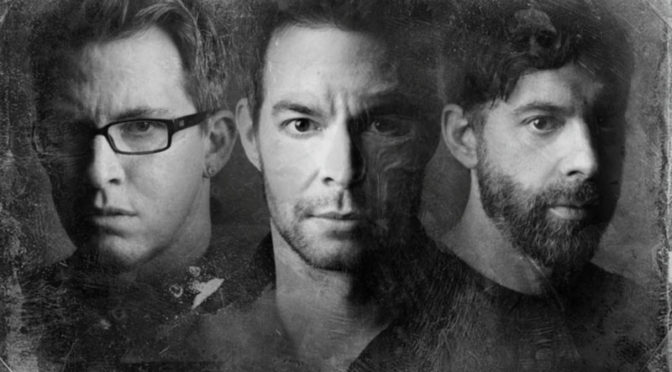 On the heels of the current massive amphitheater tour with Breaking Benjamin, multi-platinum alternative rock band CHEVELLE has announced two intimate headline shows and two festival appearances on the West Coast this fall.

CHEVELLE will perform at the Aftershock Festival in Sacramento on October 13, followed by headline shows at the Riverside Auditorium in Riverside, CA, and San Diego’s House of Blues on October 15 and 16. Aeges will support CHEVELLE on both headline dates. The trio will then head to the Las Rageous Festival in Las Vegas on October 19.

Since the release of their full-length debut Point #1 in 1999, CHEVELLE have stood at the forefront of hard rock, consistently evolving and progressing while delivering a series of ubiquitous and inescapable anthems. 2002’s breakout Wonder What’s Next would go platinum, yielding smashes such as “The Red” and “Send the Pain Below,“ while its follow-up This Type of Thinking Could Do Us In reached gold status. In 2011, Hats Off to the Bull landed at #9 on the Billboard Top 200 and delivered “Face to the Floor.“ La Gárgola crashed into the Top 5 at #3 and boasted “Take Out the Gunman.” 2016’s The North Corridor represented new heights for the group, marking its fourth Top 10 bow on the Billboard Top 200.

Last fall, CHEVELLE released 12 Bloody Spies: B-Sides and Rarities – a comprehensive compilation of sought-after B-Sides and rarities. The album contains music from 2002-2016, spanning their acclaimed career and remastered on one brand new collection for the very first time. Get it HERE! One of the most creatively fearless bands in hard rock, CHEVELLE‘s 12 Bloody Spies: B-Sides and Rarities reveals a treasure trove of under-the-radar ‘finds’ and hidden gems, as well as other enlightening musical detours that deserve to be considered alongside CHEVELLE‘s incomparable body of work.

CHEVELLE is currently touring with Breaking Benjamin, Three Days Grace, Dorothy, and Diamante. Tickets are on sale via www.LiveNation.com. Remaining dates are below.

*CHEVELLE and Breaking Benjamin to perform on all dates. Individual lineups may vary based on other artists’ availability.